Shane Bond was appointed as fast-bowling consultant for England ahead of Ashes 2017-18.

England cricket has gone through a turbulent phase over the past couple of months, thanks to Ben Stokes and Alex Hales. Whether Stokes will join the England side at a later point in the series is a matter of speculation at the moment, but England have a well-equipped pace attack consisting of James Anderson, Stuart Broad and Toby Roland-Jones. Ahead of The Ashes, England were almost without a bowling coach after Ottis Gibson was roped in by South Africa. Then Shane Bond was appointed as fast-bowling consultant for the 2017-18 Ashes. In a chat with cricket.com.au, Bond revealed England pacers can expose the Australian batting line-up.

On James Anderson and Stuart Broad: Anderson has played 13 Tests in Australia and Broad 7 but their records are not flattering in these conditions: Broad averages 32.13 in Australia and Anderson 38.44. Bond, however, stays optimistic: Coming to Australia, you know the seams are going to be flatter, the wickets are flat, the ball doesn t do much; so you ve got to find a way to get the ball to move off the straight. Australia are bloody strong in their own conditions. So that s the stuff we ve got three-and-a-half weeks to work through before we turn up in Brisbane. And if we get that right, with the quality bowlers we ve got, we ll give them a pretty good run for their money.

On whether England will retain The Ashes: Bond sounded upbeat when he was asked the big question: One hundred per cent, I mean you ve got a couple of blokes with 900 Test wickets between them, and then some blokes with pace and bounce built in around that. So there s no doubt the team has the talent to win the series. I think it s going to be a close series, two pretty even teams and from my point of view, I m just hoping it will come out on the English side I never thought I d say that. 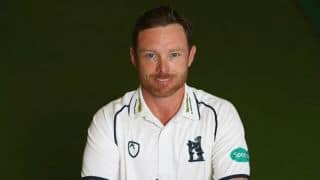 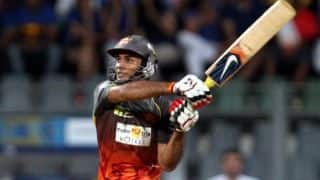