Bond will serve as head coach of the New Zealand 'A' team that is coming to India.

Bond, Shane Bond is now ready to take over responsibilities as a head coach. Bond, known to be one of the fastest bowler in his time, has been donning deputy coach duties with New Zealand for seven years now. Bond will now serve as head coach of the New Zealand A team that is coming to India for a two First-Class match and five limited-overs series starting September 23.

Speaking to 1 News Now, Bond told, “I think it’s time and I’m ready to go into a head coach role having been an assistant coach for seven years now.” The 42-year-old was also New Zealand s bowling coach apart from being associated with quite a few T20 franchises.”I love being a bowling coach but I think it gives a different perspective in terms of my own personal development, it’s a new challenge and I think it will be good for me,” Bond explained.

Bond has been with Mumbai Indians (MI) in Indian Premier League (IPL) and also with Brisbane Heat in Big Bash League (BBL).

He further adds, “I think you always like to sometimes put your own stamp on things and I think the only way to know if you really want to do the role is actually get in and do it.”

Talking about New Zealand A’s series against India A, Bond added, “I’ve got really clear ideas about how I want to run things over there with a really good team behind me and we will just reflect on it at the end of the series.” 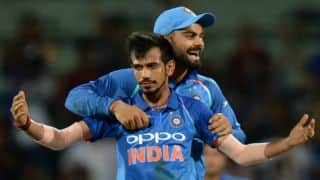