Shane Warne said West Indies would look like a far more commanding team if Gayle and Bravo were to play.

Melbourne: Spin legend Shane Warne has said that the absence of star players such as Chris Gayle and Dwayne Bravo from the beleaguered West Indies squad is a shame for world cricket. Former Test captain Gayle and Bravo are gearing up to play in the upcoming Big Bash T20 League when their team is struggling hard against hosts Australia in the three-match Test series. Last week, the once-formidable West Indies suffered a humiliating innings and 212-run defeat to the mighty Australians in the first Test in Hobart. ALSO READ: West Indies passion for cricket still alive despite slump, says Daniel Vettori

“We’re all disappointed the way West Indies played in Hobart. They need to lift their game,” Warne said. “They’re coming into a couple of big Test matches in the Boxing Day and Sydney Test matches. Australia played really, really well,” he said.

“I’d love to see Chris Gayle and Dwayne Bravo and all those guys in the side because they’re excellent players, but for whatever reason they’re not in the side, so that’s a real shame. It’s good for the Big Bash but it’s a shame they’re not playing international cricket. Chris Gayle’s a wonderful player,” Warne said.

The chances of improvement in the remaining matches also look bleak in view of a fragile and inexperienced line-up. Former Australian leg-spinner Warne said that he would love to see Gayle and Bravo in the Test side, adding that although their participation was good for the Big Bash, it was a shame they were not playing international cricket, News.com.au reported.

Warne also expressed his disappointment over the woeful performance displayed by the Windies in Hobart and urged the touring side to lift their game. He added that the miserable run would be hurting the country’s legends and their own players. Warne also suggested that the batting great Brian Lara should be roped into the coaching team in order to help their embattled batsmen with their techniques. 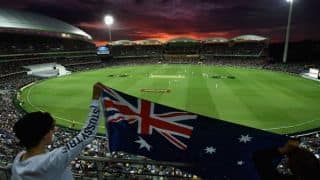