Former Australia cricketers Shane Warne and Craig McDermott on Friday said that they would like to work alongside the young Australian bowlers for the upcoming Ashes series. 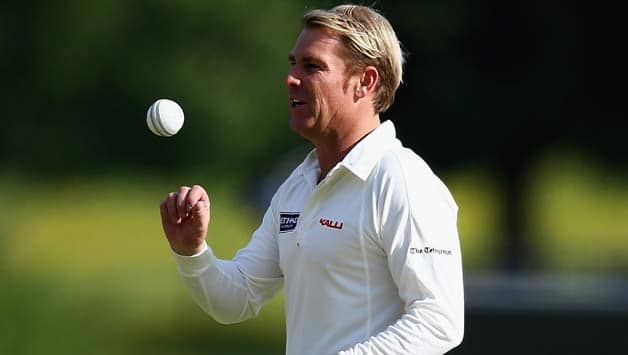 Former Australia cricketers Shane Warne and Craig McDermott on Friday said that they would like to work alongside the young Australian bowlers for the upcoming Ashes series.

McDermott said he relishes working with the Australian team.

”If they ask, I’d certainly consider it. I absolutely love working with [Peter] Siddle, [James]  Pattinson and Starcy (Mitchell Starc) and Hilf (Ben Hilfenhaus), and all those guys. It was rewarding getting those guys to perform so well and beat India 4-0 in Australia a couple of years ago, and we bowled well in the West Indies after that. It’s a good environment to work in, with athletes like that,” McDermott was quoted as saying by Fairfax Media.

He further said that he reserved high respect for the new Australian coach.

”I respect him very highly. I didn’t play with him for Australia, he played for Australia after I retired. ”But he’s certainly got a fantastic first-class record and for Australia and his coaching record now speaks for itself after the last couple of years with Queensland. His no-nonsense type approach will be well respected and well received from the Australian team.”

Earlier, Darren Lehmann had expressed interest over having Warne as a part of his new Australian management and the former leg-spinner confirmed his involvement.

”It was very nice of Darren and Michael Clarke to say they would like me to be involved with the Australian team. I am always there to help any Australian cricketer and always have been. If I need to be around at practice to have a chat with boys about tactical stuff or bowling, then I will do that,” Warne wrote in London’s Daily Telegraph.

”It’s good to be part of the set-up but most of time my role will be informal, catching up on the phone or chatting over a drink or meal. I do not need a fancy job title to help out. When you are in the team bubble it can be very helpful to hear input from someone outside the group who occasionally might have a different take on things,” he was quoted as saying by the Sydney Morning Herald.

”Boof (Darren Lehmann) is not really a coach. Yes, sure he can tell you about technique but he will be speaking to players about how they approach the game and prepare. He is a mentor. He has been there, done it and endured all the ups and downs over a lifetime in cricket. He has a great rapport with players, a good understanding of how to balance the old school and new,’ Warne added.’