Jos Buttler was in fine form in ODIs against Sri Lanka.

Shane Warne, the great leg-spinner from Australia known for his straightforward views believes that coach’s favouritism towards Matt Prior resulted in him being picked ahead of promising wicketkeeper-batsman, Jos Buttler. It has to be remembered that Peter Moores was the coach of Sussex and Prior has been part of the County for  a long-time now.

Warne  wrote for his column, The Telegraph,  “I think that it is a Moores call, the old Sussex connection with Prior. I think it is, as I said, a teacher’s pet selection and Buttler has been hard done by.”

He continued by saying, “Prior has been a fantastic cricketer for England. But because of his Achilles injury he comes into the Test with hardly any form behind him. He needs to go back to county cricket, score hundreds, keep well, and prove to everyone he is still hungry.”

Warne supported Buttler by writing, “It should be a case that Buttler needs to mess up in order to lose his England place, not the other way round.  Buttler should not be going back to county cricket.”

England recently lost the Ashes 2013-14 5-0.  So, Warne believes that England captain, Alastair Cook needs to show aggressive intent to regain lost ground. He wrote in his column, “If Cook wants to stay boring and be the same old England by bowling wide of off stump and trying to build up pressure slowly then he has chosen the wrong path.

“It was proved in Australia that it is an approach which does not work and it will be fascinating to see if they have learnt from losing the Ashes 5-0.  Test cricket has evolved rapidly and Cook must sense the moment. This is the time for new beginnings.”

Warne gave his views on the importance of wicketkeepers playing a significant role in lifting a side’s fortunes. He wrote, “If you are going to rebuild the team then the keeper is vital because he sets the tone and standards in the field.”

Warne shared his views on Prior by writing, “England dropped [Prior] for a reason. He was not doing the job properly.  He has only kept in one First-Class match before this Test, I hope this is not a teacher’s, or should I say coach’s pet selection.”

Warne also gave his opinion on ‘Mankading’ debate.  Warne wrote, “If it had been a one-off, with no warning, then you would ask serious questions about Sri Lanka. But 24 twos at Lord’s? It is a small ground and I smell a rat. Either it was very poor fielding or he was backing up too far.

“For the actual dismissal Buttler was barely out of his ground. But when you put it into context, rather than jump up and down and scream about the Spirit of Cricket, then I would have done it a lot earlier.”

Warne concluded by writing, “I would have run him out after four or five twos and not waited until the next match. But it has added spice to the series and hands England the motivation to attack Sri Lanka verbally and set the tone for the summer.” 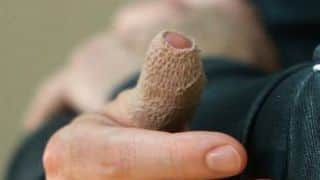