The coaching role has become available due to a clash in fixtures, which would see Australia play their final T20I match against Sri Lanka in Adelaide on February 21

Melbourne: Legendary spinner Shane Warne has expressed his desire to coach the Australian cricket team in the three-match T20 series against Sri Lanka to be held in February next year. The coaching role has become available due to a clash in fixtures, which would see Australia play their final KFC T20 International match against Sri Lanka in Adelaide on February 21 and the first Test of the Qantas Tour of India in Pune the following day. Therefore, full-time mentor Darren Lehmann and his backroom staff would not be available for Sri Lanka series as they would be preparing for the four-match series against India. Full Cricket Scorecard: Australia vs South Africa, 2nd Test at Hobart

While Warne seemed to have made contact with Cricket Australia high-performance chief Pat Howard about the T20 role, the coveted position is likely to go elsewhere. We are speaking to a number of people about the prospect of coaching the T20 international side during Sri Lanka Series due to Darren Lehmann and David Saker being in India. At this stage, no decision has been made, a Cricket Australia spokesperson was quoted as saying by cricket.com.au. ALSO READ: Pietersen: I don’t think Australia should panic

Meanwhile, Ryan Harris and Brad Haddin, who took retirement from international cricket last year, will travel to New Zealand in late January 2017 for the Chappell-Hadlee series to assist Lehmann when his full-time assistants David Saker and Graeme Hick head to India early to begin preparation.

Both Harris and Haddin have experienced coaching since taking retirement. Harris was involved with Australia s Under-19 championships earlier this year and also travelled to South Africa for the ODI tour alongside Saker last month while Haddin spent two weeks with Australia A this July-August as an assistant coach. 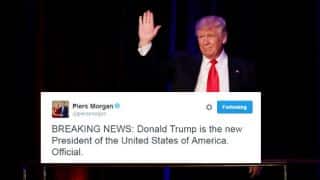