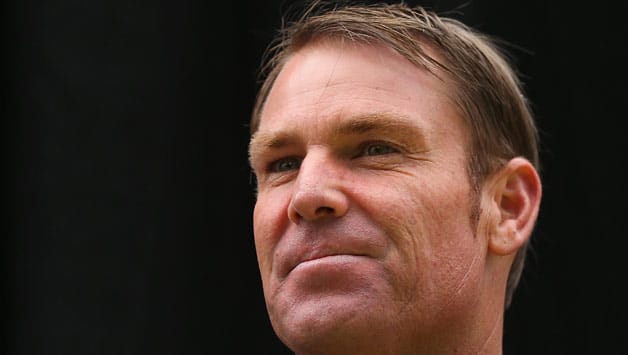 Talking to players is not new for Warne, who had earlier issued a two-part manifesto to fix some of the the issues hampering Australian cricket.

Warne, on the commentary panel for the first Test, walked on to the middle and spoke to the coaches and captain for about 20 minutes, reports Herald Sun.

Spin strategy for the next Test beginning in Hyderbad Saturday was expectedly part of the agenda with Lyon and Doherty also in attendance.

Warne later gently refused to divulge details of his meeting with players while Clarke spoke at length about bouncing back. On a lighter note, the skipper also said that the selectors might think of roping in Warne.

It did not take long for the captain to talk business again. “Look, we have 17 players already. I think we have a really talented squad. We need to make the most of the talent we have in the squad.”

“I think we have enough good players, we just need to perform as well as we can. Right now we still have spinning options with Doherty and Glenn Maxwell. We’ll assess what the pitch is like and then we will make that decision.”

Asked whether Doherty will feature in Hyderabad Test, Clarke said: “Right now I can’t answer that question. I need to see conditions in Hyderabad, wait and see what the wicket is like, and then the selectors can meet and make a call on that.”

Lyon was the lone spinner in team for the first Test.