Spin legend Shane Warne will turn out for Melbourne Stars in the upcoming Big Bash League, giving a huge boost to the Cricket Australia-organised Twenty20 competition. 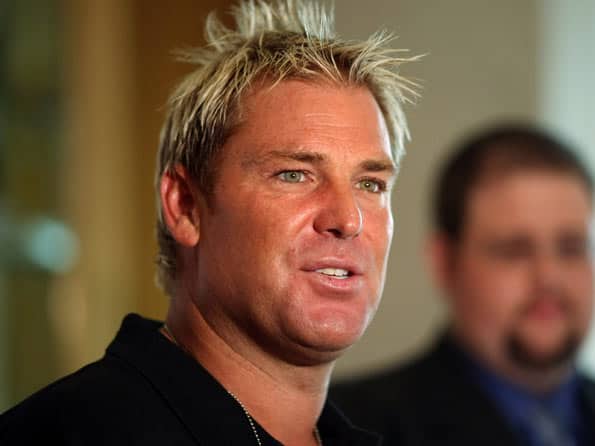 Spin legend Shane Warne will turn out for Melbourne Stars in the upcoming Big Bash League, giving a huge boost to the Cricket Australia-organised Twenty20 competition.

Warne, 42, retired from competitive cricket after this year’s Indian Premier League, but is now set to make a comeback that will see him return to the Melbourne Cricket Ground, where he took his 700th Test wicket during the Boxing Day Test in 2006.

Warne, however, has not played top-flight international cricket for Australia since helping his country to a clean sweep of the Ashes in January, 2007.

It is unclear how many games will he play for the Stars but it is hoped he will be available for their opening match on December 17 and the derby against the Melbourne Renegades on January 7, with the officials expecting a turnout in excess of 50,000.

His presence amounts to a massive boon for the Stars and Cricket Australia, which will contribute a cash bonus of about Aus 50,000 dollars in return for the champion leg-spinner helping to market the league around the country, the ‘Age’ reported.

Earlier today, Warne’s manager, James Erskine, indicated that he would be prepared to take a year off from his commentary duties with Channel Nine if he decided to play in the BBL.

“He has a non-exclusive arrangement with Channel Nine.

It’s not a contract, it’s a handshake deal, so he decides he wants to do, and if he was going to play full-time it would probably mean taking a year off commentary in Australia,” Erskine said. (PTI)