Athletes from across a number of sports have come together to pledge hundreds and thousands of dollars in cross-code bushfire donation with Warne latest to join the list. Former Australia legspinner Shane Warne has put up his Baggy Green Cap up for auction to raise funds of the victims who have suffered due to the catastrophic bushfire in the country. Athletes from across a number of sports have come together to pledge hundreds and thousands of dollars in cross-code bushfire donation with Warne latest to join the list.

“The horrific bushfires in Australia have left us all in disbelief. The impact these devastating fires are having on so many people is unthinkable and has touched us all. Lives have been lost, homes have been destroyed and over 500 million animals have died too,” Warne said in a statement on Twitter.

“Everyone is in this together and we continue to find ways to contribute and help on a daily basis. This has led me to auction my beloved baggy green cap (350) that I wore throughout my Test career. I hope my baggy green can raise some significant funds to help all those people that are in desperate need.

As bushfires continue to rage across Australia, ecologists fear that half a billion animals might have been killed in the crisis. A study by the University of Sydney said close to half a billion mammals, birds, and reptiles have been wiped out in the bushfires that erupted since September last year.

With the fires still raging in Queensland, Victoria, and New South Wales continues to rise, the death toll of animals is likely to increase.

Slow-moving koalas are one of the hardest-hit species, as the fires have killed nearly 8,000 koalas and 30 per cent of the koala colony in New South Wales has been destroyed. More so, they only eat leaves from the eucalyptus tree, which are filled with oil, making them highly flammable.

“The bushfires have been absolutely horrific, they’ve touched all of us in a way,” Warne said on Fox Cricket. “To see the total devastation, lives have been lost, families have been lost, over 500 million wildlife has died. The stories are horrific. We always wore this the first session of a bowling day every time and I’ve had that baggy green cap my whole career and I’ve decided to put it up for auction.” 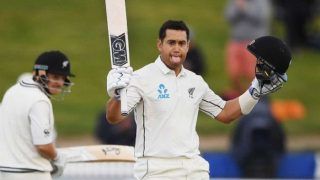 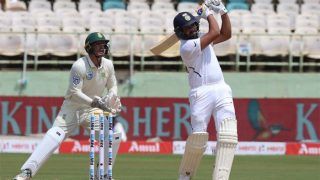