Shane Warne spent around $14 million and $16 million to purchase back his Brighton mansion that he bought as a renovation rescue with ex-wife Simone Callahan.

Australia former cricketer Shane Warne spent around $14 million and $16 million to purchase back his Brighton mansion that he bought as a renovation rescue with ex-wife Simone Callahan. Melville, the single-storey c1880 Victorian on an enormous 3014 square metre block with a tennis court and pool, includes six bedrooms (one occupying a house wing), seven bathrooms, a nine seat theatre and four car garage. The couple paid around $3.6 million for Melville in 2000. It was reportedly purchased for investing that amount again on a refurbishment before selling it in 2007 for $8.8 million to locals. They, in turn, on-sold it to the current vendors for $10.1 million in 2009. ALSO READ: Shane Warne: Sachin Tendulkar, Brian Lara best batsmen I have bowled to

The price of Melville in 2014 was listed at $15 million. When contacted, JP Dixon director Jonathan Dixon, he confirmed Melville sold for between $14 million and $16 million, but would not disclose any other detail, including the purchaser. Meanwhile, Warne has listed his mini manor for sale at 11 Kinane Street. That home, Camden, is on the market in the $5 million to $6 million range. The cricketer reportedly paid just under $4 million for the Kinane Street home in late 2014. ALSO READ: Virat Kohli to lead current Test XI picked by Warne, Atherton and Raja

The leg-spinner, who has become a commentator and an expert ever since his retirement from international cricket, likes to voice his opinion about greats who have played the game. Warne who is part of the SkySports commentary team for the Pakistan vs England Test series along with Rameez Raja and Mike Atherton was asked to pick two World XI teams and decided India Test skipper Virat Kohli will lead the present World Test XI. 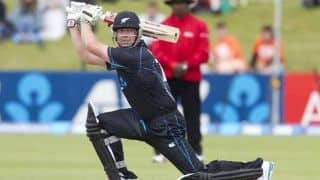