Shane Warne: Virat Kohli has achieved what Sachin Tendulkar could not

Shane Warne: Virat Kohli has achieved what Sachin Tendulkar could not

The debate whether Virat Kohli has surpassed Sachin Tendulkar rages on. Now, Australian legend Shane Warne has put the rabbit in the hat, stating that Kohli has achieved everything that Tendulkar has not. This comes in context to One-Day cricket. Speaking to India Today, Warne said: I think the way Virat plays and you look at his numbers and it’s uncanny how many times he has got hundreds in ODI cricket chasing totals down. I don’t think anyone, not even Sachin could do what Virat’s done.”

Kohli has 19 ODI centuries while chasing, which is two better than Tendulkar. Overall, Tendulkar leads the ODI ton list with 51. Kohli comes second with 35.

Warne also said that Kohli and AB de Villiers are on another level amongst the current lot of players. He said: “We know Sachin and Brian Lara were the two best players of all time in our generation. But Virat and AB de Villiers; it’s very difficult to separate those guys. Virat is as good as anyone that I have seen play the game. Wonderful, terrific player, I love his energy and passion. I am sure when he finishes in ten years or so he will be spoken about in the same breath as Sachin.”

Warne has returned home after his stint with Rajasthan Royals in the Indian Premier League (IPL) 2018 came to an end after their win over Mumbai Indians (MI).

RR still have 3 games to play before the playoffs stage of IPL. 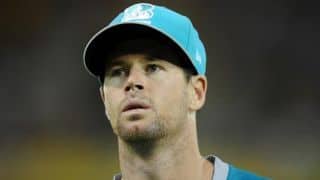 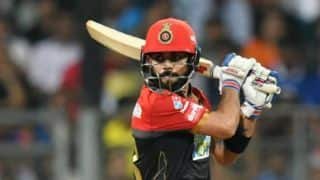