Shane Warne Warne posted his picture with a message which said that it was fun.

Legendary Australian spinner Shane Warne has reportedly tweeted pictures of his bruises following a bet from a sports company which offered him 10, 000 Australian dollars to get 50 paintball shots from a distance of five metres.

According to Sport24, Warne posted his picture with a message which said that it was fun but ‘hurt more than being hit by a fast bowler’.

Warne recently fled away after receiving the shock of his life when a British e-gaming operator played a prank on the arachnophobe spinner by serving him a live tarantula on a plate. 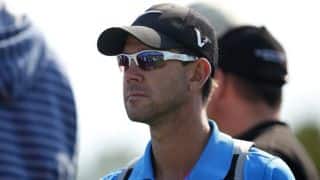