The reason of the postponement of Warne s show is due to the fact that a major publication house is purchasing the rights of his autobiography.

Australian cricket legend Shane Warne s tell-all stage show, titled Warney Uncut has been postponed. The reason of the postponement of Warne s show is due to the fact that a major publication house is purchasing the rights of his autobiography. Warne, who was recently in India commentating on the first Border-Gavaskar Trophy 2016-17 Test, wanted to run the show to clear the air on too many incidences of his life, which the former cricketer believes presented a wrong impression altogether. The tickets of the show were reported to be as high as of AUD 399, and the first show was set to be premiered at the Sydney Opera House. IPL 2017: It s just great to see how IPL has evolved, says Shane Warne

The show has been postponed until further notice, since the publishing house whose details are not yet known wanted to co-ordinate the launch of the autobiography along with the show Warney Uncut , reported Mid-Day. The first premier of the show was set to be held at the iconic Sydney Opera House on April 20. The cricketer has now promised to refund of the ticket money to everyone who had bought the tickets already. The cricket legend would then have gone on a nation-wide tour in Australia presenting his show, according to the Sydney Morning Herald. Shane Warne lables Virat Kohli s friendship jibe as heat of the moment

While launching the show, Warne said, “There’s been a lot of ups and downs, a lot of moments in my life that haven’t been reported correctly. Some of it’s been pretty hurtful. I’ve caused a lot of it myself, and I take responsibility for a lot of those things, but also there’s been things that just aren’t true, that are factually wrong.”

Warne announced the postponement of his show on Instagram and wrote, SEL and I have announced today that with regret “Warney Uncut” has had to be postponed. The reason being that subsequent to announcing the shows one of the worlds major publishing houses has entered into an agreement for the rights to my autobiography. The publishing house wants to co-ordinate the book, Tv etc etc. I’m very thankful to all of you who bought tickets to the shows & supported me. I hope you’re excited like I am re my autobiography & apologies again re Warney uncut, you will all get a full refund. Look forward to seeing you all soon Shane x (sic). 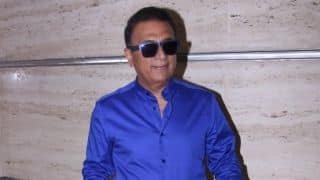