Shane Warne was definitely disappointed with the story being leaked as he took to Twitter.

Former Australia cricketer Shane Warne is once again in news for all wrong reasons. Warne, known for his love affairs is reported to have had a raunchy run-in with a 43-year-old single mother living in Adelaide, whom she met on dating app ‘Tinder’.

According to The Courier Mail, the mother of two Kim McGrath has ‘sold’ her story to the Woman’s Day magazine, describing her “wild sex romp” with the cricket legend. READ: Shane Warne ends relationship with Emily Scott

Kim told the magazine that she was relatively new to the application when she came across Warne’s profile on December 9. She said, “I thought it was hilarious he was on Tinder … I didn’t really think it was him.” Shane Warne asks for dating tips from Twitter followers

Kim wanted to make sure it was Warne himself, and they went on two dates and also had “one wild romp” in a hotel room in Adelaide. The 43-year-old woman described Warne as “one of the best lovers” she ever had and the former cricketer asking her is she was “up for being devoured”.

Respect, honesty, trust & your word is all you have. Living your life valuing these principals is so important… Shame not everyone does !

She said, “He’s very strong in the bedroom. He asked me to keep them [her high heels] on while he spanked me. From the outset I thought it was a joke — my friend and I were rolling about laughing when I sent the message and I didn’t really believe it was Shane Warne until he walked in my door.  I was blown away that it really was him,” she added. PCB claims that Shane Warne is dating “fixer” Veena Malik

Warne was definitely disappointed with the story being leaked as he took to Twitter to express his disappointment. Warne wanted the matter to stay between the two. He had asked her, “I trust you? Are you private? This has to stay between us.”

Just the last week, Warne clarified that he was single. “Won’t mention this again. I have no GF [girlfriend]. I’m very single,” he wrote. 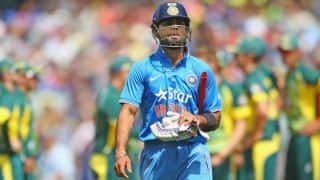