Australian all-rounder, Shane Watson has pleaded the Australian team to improve their performance in the T20I. As Watson returns to the international circuit after a five-month long break due to a calf injury would play in the T20s against South Africa next month from November 5.

Watson’s arrival back into the Australian T20 squad could provide a massive boost in the morale and confidence of the Australian side as he is known for his powerful hitting in the shortest format of the game. However, despite of having explosive players in the side, Australia have failed to put up an explosive performance in the T20 format being the ICC World T20 trophy to be never won by the Aussies.

“It is a new look Twenty20 squad, and unfortunately for us we haven’t been able to play consistent world class Twenty20 cricket since I have been involved with the Australian Twenty20 team. So I can understand why the selectors have made a few adjustments, with the Test players being over in the UAE as well,” he said.

“Trevor Bayliss also coming in to coach, he has had a lot of experience and a lot of success as a Twenty20 coach. We do have to improve our Twenty20 cricket and get some more consistency, and blooding some of the younger guys is going to help our development,” he added.

Ben Dunk, owing to his impressive performance in the Australia’s domestic Matador One-Day Cup would be the wicketkeeper for the Australian side in the T20I against South Africa next month. Nic Maddison from New South Wales would be joining the Australian squad and would apparently open the batting alongwith explosive opener, Aaron Finch.

“It is mainly just across the board in being more consistent in what we are able to do. Like we have been able to do over the last year or so especially in Test cricket but one-day cricket as well,” Watson said.

“We really just have to translate that into our Twenty20 cricket as well. With the Twenty20 team only coming together for mainly for World Cups, that continuity provides a big challenge but we certainly have to get over that and play more consistent cricket,” he concluded. 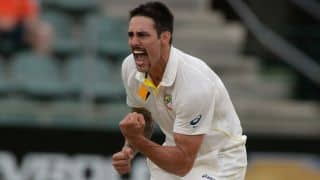