Australia is sweating on Clarke's hamstring injury ahead of an important three months of cricket.

Australia all-rounder Shane Watson is optimistic of Michael Clarke being fit for India Tests even though he would be honoured to stand in as the caretaker captain.

Australia is sweating on Clarke’s hamstring injury ahead of an important three months of cricket on home soil, which takes in the four Tests against India and the co-hosting of the 50-over World Cup with New Zealand.

All rounder Watson, who has had more than a few injury problems of his own in recent years, said that he had spoken to Clarke and the prognosis for the injury was improving, The Dawn reported.

Watson said that the diagnosis is better than what it was initially, which is a great thing, adding that it’s all very positive. He said that everyone’s got their fingers crossed.

Hopefully, he said that over the next week or so, it’ll continue to improve really well and Clarke would be right for the first test. Watson was the stand-in last year in India when Clarke missed his only Test since he replaced Ricky Ponting as captain in March 2011.

On the comeback trail himself in the one-day series against South Africa having missed half a year of international cricket because of injury, Watson said that his focus was on proving himself worthy of a recall to the Test side.

Watson should get his chance in the remaining three one-dayers against South Africa, in Canberra on Wednesday, Melbourne on Friday and Sydney on Sunday. The series is tied at 1-1. 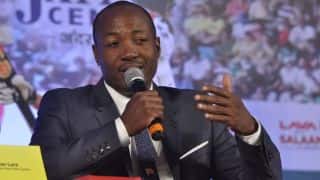 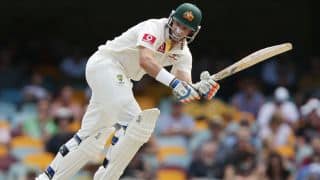