A few Caribbean Premier League 2016 matches will be played in Florida, USA.

Shane Watson is quite happy to feature in the Caribbean Premier League (CPL), the matches of which are scheduled to be hosted in USA. Watson is among many other Australian cricketers who will play in CPL 2016. Six CPL matches will take place in Florida. This is the first instance when some CPL games are being hosted in the United States. These are the first big matches there since Cricket All-Stars which featured two teams. One was Sachin Tendulkar-led Sachin’s Blasters and the other was Shane Warne-led Warne’s Warriors. According to Watson, CPL being played in US is a big opportunity to globalise the game. Live Cricket Scorecard: West Indies vs South Africa, Live Score, 9th ODI Match, Australia and South Africa in West Indies Tri-Series, 2016

Watson was quoted by Cricket Australia’s official website saying, “This is a great opportunity, not just for CPL but for the game of cricket internationally. It’s huge. Every single player I’ve spoken to about CPL is raving about being part of this. Hopefully the popularity of the game will just grow and grow. It’s a privilege to be a part of something new.” Shane Watson: Hungrier than ever to do well in CPL 2016

Meanwhile, Damien O’Donohoe, boss of CPL said, “There’s a massive appetite for top-class professional cricket across the USA and we have seen significant sales across Lauderhill and greater Florida. As well in some key markets including New York, Texas and as far west as Los Angeles.”

It will be interesting to see how much successful CPL will be in popularising the game in USA though the chances of this look less. But even if they succeed in at least giving a feel of cricket to the people of this most prosperous, developed and powerful nation on the planet, they would achieve something. 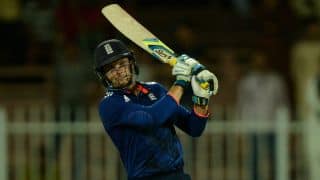