Shane Watson has been plagued with a calf injury since 2012-13.

Australian all-rounder Shane Watson has reportedly been restricted to batting in the lead-up to the first Test against South Africa on Friday at Centurion as he remains hampered by calf tightness.

Watson was hampered by a recurring calf injury in 2012-13 and missed the final Test of the summer against Sri Lanka at the Sydney Cricket Ground (SCG), although he played all 10 matches in the back-to-back Ashes series, overcoming hamstring and groin niggles to take part in the Brisbane and Sydney Tests respectively.

According to Fox Sports, Watson has been restricted to batting at training this week, and team management will continue their cautious approach to the all-rounder during the center-wicket session in Johannesburg.

However, coach Darren Lehmann and team doctor Peter Brukner fully expect Watson to bowl before the first Test starts against South Africa in Centurion on Wednesday, with Lehmann dismissing concerns that Watson was nursing a more serious issue.

Watson was rested from the majority of Australia’s recent one-day series against England, with team management keen to manage his workload before the three-Test bout with South Africa, the report added. 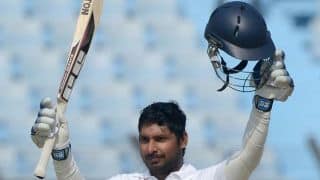 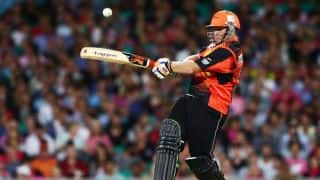