Australia play the first of five Tests against England in Cardiff on July 8.

Sydney: Veteran all-rounder Shane Watson said Friday winning a first Ashes away series since 2001 was a huge motivator for the senior members of the Australia squad heading to England this year.

Watson, 33, is one of several members of this year’s victorious World Cup-winning team in the Ashes touring party, who are likely looking at their last chance of playing in a triumphant Ashes away campaign.

Captain Michael Clarke 34, wicketkeeper Brad Haddin, 37, and paceman Mitchell Johnson, 33, have all played in unsuccessful Ashes tours. Australia needs to be at its best for Ashes 2015, feels Steven Smith

Outside of the World Cup squad, 30-year-old paceman Peter Siddle has had two fruitless Ashes campaigns in England and 37-year-old opener Chris Rogers and 35-year-old quick Ryan Harris one each.

And the ages of Ashes tour ‘rookies’ Adam Voges (35), Fawad Ahmed (33) and Shaun Marsh (31) may count against them getting another chance to win a series in England.

“One of the last final things to really tick off for a few of us older guys is an Ashes win away from home. This will be my third [Ashes tour], so I certainly know what the experience is like when we lose,” Watson told reporters. James Faulkner not surprised by Ashes snub but determined to get back into Test squad

“I know going over there we’re playing a lot of really good cricket. We’ve got match winners throughout our whole team in the Test arena as well, so we’re very excited about the prospects.”

While Clarke and Haddin have announced their retirement from one-day cricket, Watson said he still wanted to represent Australia in all three formats.

“It is an absolute privilege and an honour to be able to do it. I feel very fresh and keen to continue playing because I still feel I’ve got a lot of improvement to go,” Watson said.

Australia play the first of five Tests against England in Cardiff on July 8. 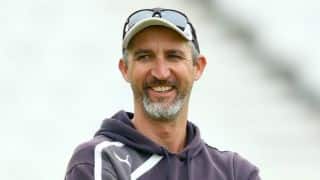