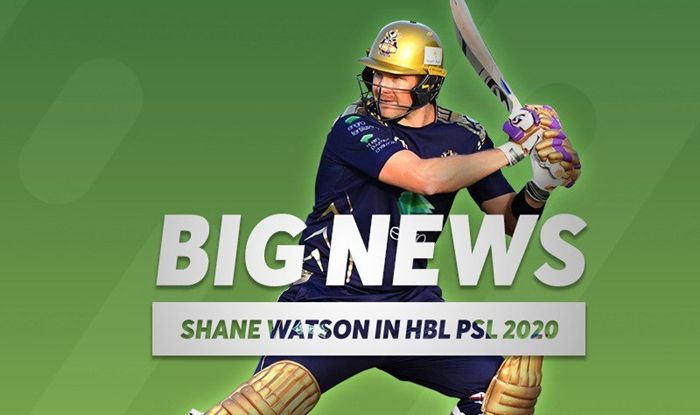 Australian star Shane Watson is expected to return to Pakistan next year after he was included in the Platinum category for HBL Pakistan Super League 2020.

Watson, the most sought after T20 cricketer, has featured in all four editions of the HBL PSL. His best run, however, came in the 2019 edition in which he was awarded player of the tournament and played a crucial hand in helping Quetta Gladiators secure their maiden title.

Watson was the highest run-getter in the tournament as he piled up 430 runs in 12 matches at a blistering strike rate of 143.81. The hard-hitting batsman averaged 43 the highest amongst the top five run-getters in the edition and cracked four half-centuries with 91 not out being his highest score.

Asked to bowl the last over, his only rotation of the arm in the tournament, against Peshawar Zalmi in the Qualifier, with the opposition requiring 21 and a destructive pair of Kieron Pollard and Darren Sammy on strike, Watson bowled Pollard to seal a berth in the final for his side.

Shane Watson, while recalling his experience of playing in Pakistan earlier this year, said: “I can’t wait to come back to Pakistan and play in season five. I had an amazing experience in Karachi during the last HBL PSL.

“To be able to connect with the cricket-loving fans in Pakistan and experience Quetta Gladiators winning their first HBL PSL was an amazing experience and one of the highlights of my career.”

Earlier this month, Watson, who has 316 T20s under his belt, was announced as the president of the Australian Cricket Association and his eagerness to return to Pakistan underscores the popularity of the HBL PSL amongst elite T20 cricketers.

He will be joined by Nicholas Pooran (West Indies) and Mitch McClenaghan (New Zealand) in the Platinum category. McClenaghan played four matches for the Qalandars in HBL PSL 2018 while Pooran was part of the Sultans rosters in 2018 and 2019, respectively.

English bowler Steven Finn has also joined the HBL PSL Player Draft and will be part of the Gold category. The lanky pacer was part of the Islamabad United team in 2017 and 2018.

The much-anticipated HBL PSL Player Draft will be staged at the National Cricket Academy, Lahore, on 6 December. 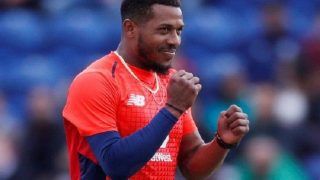