Australia’s experienced all-rounder and vice-captain Shane Watson’s place in the side for the Ashes series is not guaranteed, says chief selector John Inverarity. 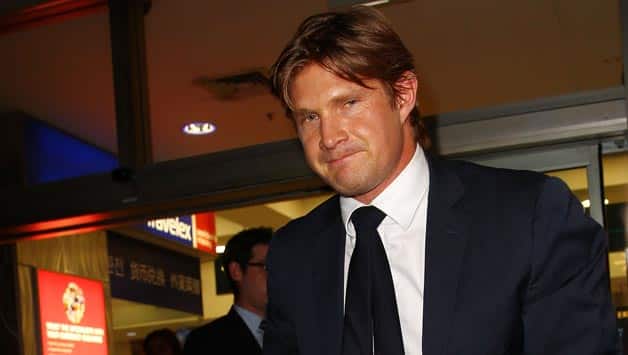 Shane Watson had a poor outing in India © Getty Images

Australia’s experienced all-rounder and vice-captain Shane Watson’s place in the side for the Ashes series is not guaranteed, says chief selector John Inverarity.

Watson, who has been in news for all wrong reasons – starting from being axed from the Test squad for the third tie of the Border-Gavaskar series to him returning home in a haste and even talking about quitting the format – doesn’t augur well for the side’s future.

According to a report in the Sydney Morning Herald, the Australian cricket chiefs will discuss every aspect threadbare and will try to come up with the best possible solutions in the wake of their ‘shambolic’ outing in India.

Inverarity said, “Things will always be discussed. Every aspect of the team will be discussed, players and leadership roles, that is absolutely normal and it will be done so again.”

The chairman of selectors, Inverarity was the selector on duty for the first two Tests in India and flew home before the ‘Homework gate’ episode, following which Watson was dropped along with three more cricketers on disciplinary ground.

But he revealed that a lot of contemplation was done before electing the captain for the fourth and final Test against India – which the Aussies lost within three days.

“We’re concerned about his [Watson’s] performances. In those ODI matches back in Australia his form looked to be outstanding, and in the first couple of Test matches when I was there he was playing well until the ball of his dismissal. “But his performances, we need him, he is one of those senior players, and talented players and experienced players, and we need him performing,” he added.

“We’ll have discussions later this week and through April, and every player will be discussed,” Inverarity said.