Only Michael Holding and Courtney Walsh have better figures.

Shannon Gabriel followed his first-innings haul of 5 for 59 with 8 for 62 in the second innings as Sri Lanka were bowled out for 342 in the second innings. Gabriel s 13 for 121 are the third-best match figures in West Indian history. The only West Indians with better match figures than him are Michael Holding and Courtney Walsh, both of Jamaica. Gabriel is a Trinidadian. Gabriel had got debutant Mahela Udawatte, Dhananjaya de Silva, Roshen Silva, wicketkeeper Niroshan Dickwella, and Suranga Lakmal in the first innings. In the second he accounted for Dhananjaya, Roshen, Dickwella, and Lakmal for a second time. He also snared Kusal Perera, debutant Kasun Rajitha, Kusal Mendis, and Akila Dananjaya. Only captain Dinesh Chandimal and Lahiru Kumara escaped him. These are the best match figures for West Indies:

In the second innings, Gabriel also became the eighth West Indian to take eight wickets in an innings. These are the best innings figures for West Indies.

For a country known for its fast bowlers, it is interesting how four of these eight entries are of spinners Jack Noreiga, Lance Gibbs, Devendra Bishoo, and Alf Valentine. Surprisingly, none of these men feature in the list of match figures. 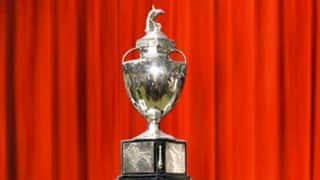