From the line-up that faced Ireland earlier this year, Afghanistan have kept out five players including the suspended Mohammad Shahzad.

Left-arm pacer Shapoor Zadran has returned to the international scheme of things, booking a place in Afghanistan‘s 15-member Test squad during for tour of Bangladesh in September. In what will be Rashid Khan‘s first captaincy stint across formats, Zadran will be joined by legspinner Zahir Khan and medium pacer Sayed Shirzad, along with uncapped Ibrahim Zadran and legspinner Qais Ahmad.

From the line-up that faced Ireland earlier this year, Afghanistan have kept out five players including the suspended Mohammad Shahzad and brought in six new names. Once a linchpin of Afghanistan’s bowling, Zadran has been pushed out of contention following fitness issues, however he did play an ODI earlier this year against Ireland. While Zadran is yet to play a Test, his inexperience in whites will be negated by the likes of Mohammad Nabi and Asghar Afghan, Rahmat Shah and Hashmatullah Shahidi.

A two-day tour match between Afghanistan and BCB XI will take place on September 1 and 2, followed by the Test three days later in Chittagong. At its completion, Afghanistan, Zimbabwe and Bangladesh will play a T20I tri-series, where too Afghanistan have shaken things up by bringing in three uncapped players in left-handed batsman Shahidullah, medium pace-bowling allrounder Fazal Niazai, and wicketkeeper-batsman Rahmanullah Gurbaz.

“We have selected a 17-member squad for the T20I matches as per the advice of the captain as we have two important tournaments – T20I Asia Cup and ICC T20 World Cup 2020 – ahead of us,” chief selector Andy Moles said. “We will seek to prepare good sides for these tournaments and those players who perform well, will be considered for selection.

“We will also consider the performance of players in the upcoming Shpageeza Cricket League and Afghanistan Premier League T20 for future selection.” Afghanistan squads 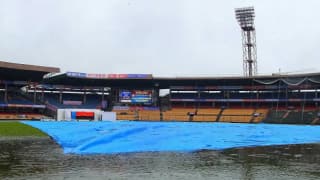 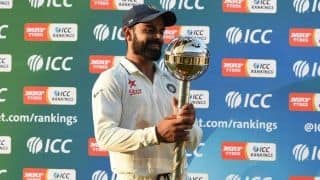