After cruising to a thumping victory to retain his post in biennial elections, Mumbai Cricket Association (MCA) president Sharad Pawar called a first meeting of the newly-elected managing committee members here on Friday. The meeting will see several issues put forward by the Nationalist Congress Party (NCP) supremo, who on Wednesday defeated his challenger and outgoing vice president Vijay Patil by 34 votes to hold on to his domination on Mumbai cricket. READ: Sharad Pawar retains post of Mumbai Cricket Association president

Pawar has been the MCA president for ten years from 2001-2010 and was unanimously elected in 2012. “On behalf of Pawar-Mahaddalkar group, I would like to give thanks to all the members of MCA. I call for a first meeting of the newly elected managing committee on Friday at 11 am. Along with the winning candidates, we are also going to work with losing candidates for interest of MCA,” Pawar said on Wednesday after his group’s victory.

The meeting will see a number of issues being put forward by the president for the betterment of Mumbai cricket and India. One of the most important point on which Pawar stressed at the time of election campaign and after the victory was that the new management would create reserved seats for women representatives from the next election onwards. READ: ‘My score is one of the best in the history of MCA’ — Sharad Pawar

Among the total 34 candidates featured in the election on Wednesday, there was no woman candidate. No women have ever contested MCA elections in the past. This decision will be one of the vital points among others on Friday’s first meeting. “I want to see women being part of the MCA managing committee. We would also try to make the necessary constitutional amendment here so that women are represented in the next committee,” Pawar said.

On Tuesday, during his election campaign, Pawar said he would like to set up a indoor academy in Thane like he did in Bandra Kurla Complex and Kandavali. This might also be an important discussion point. Ravi Savant from the Pawar-Mahaddalkar group who has been the head of the organisation in the past, former vice president of Board of Control for Cricket in India (BCCI) and one of the senior most members in the MCA lost in the elections. He was contesting for joint secretary’s post. READ: Vijay Patil’s bidding supported by Shiv Sena to dethrone Sharad Pawar during MCA elections

Speaking on his surprising defeat, Pawar said, “We will have to sit and see what happened. But it happens sometimes. Ravi was one of our senior most colleague, we never knew he would lose the elections.” Reason for Savant’s surprising loss might also be discussed in the meeting. Former India captain and ex-chief selector Dilip Vengsarkar was elected as the vice president. 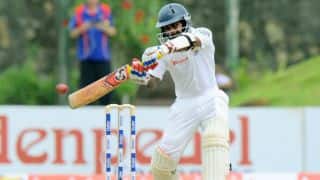 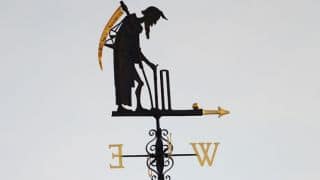 Father Time back at Lord's