Shashank Manohar all set to become next BCCI President

Shashank Manohar all set to become next BCCI President

Either CAB or NCC will to propose Monahor's candidature as this is the turn of East zone.

New Delhi: Shashank Manohar is all set to once again become the Board of Control fro Cricket in India (BCCI) president with the ruling Anurag Thakur faction as well as Sharad Pawar group projecting him as the consensus candidate for the post left vacant by Jagmohan Dalmiya’s demise. The 57-year-old Vidarbha lawyer was the BCCI chief from 2008 to 2011 when N Srinivasan succeeded him. Known for his clean image and uncompromising attitude on the issue of corruption in sport, Manohar emerged as the only acceptable candidate for both Pawar and Thakur factions. “It took a lot of persuasion from Union Finance Minister Arun Jaitley and Anurag Thakur to convince a reluctant Manohar to take up the top job all over again. The deal was clinched when Pawar, the leader of Manohar’s group, also gave his go-ahead in the matter along with former treasurer Ajay Shirke,” a senior BCCI official told PTI.

With the Thakur and Pawar faction coming together, Manohar has now assured himself of at least 15 votes out of the 29, the magic figure required to grab the hot seat. This also dashes Tamil Nadu strongman Srinivasan’s hopes of putting up his favoured candidate for the top job. Manohar, who has been a staunch critic of Srinivasan since the IPL spot-fixing scandal broke out, was completely against the rumoured alliance between Srinivasan and Pawar after the two former BCCI presidents met in Nagpur recently.

Once Manohar openly voiced his displeasure about the rumoured alliance, Pawar had no option but to honour the sentiments of his faction as both Manohar and Shirke had time and again criticised Srinivasan’s ways of workings. Either Cricket Association of Bengal (CAB) or National Cricket Club (NCC) – both controlled by former India captain Sourav Ganguly – is likely to propose Monahor’s candidature as this is the turn of East zone.

Earlier, to resolve the leadership logjam, BCCI secretary Thakur and some other top officials belonging to Pawar faction had a meeting with Jaitley to find a consensus candidate. Thakur, along with Manohar and Shirke, met Jaitley at his residence on Thursday night and discussed the way forward to break the leadership stalemate.

Manohar and Shirke, two of the most vocal members of the anti N Srinivasan faction, had flown to Delhi on Thursday evening to not only meet Jaitley but also hold discussions with other key BCCI officials. It was learnt that both Jaitley and Thakur requested Manohar and Shirke to convince Pawar to stay away from Srinivasan’s faction. POLL: Is Albie Morkel the perfect replacement for David Wiese in T20Is against India? 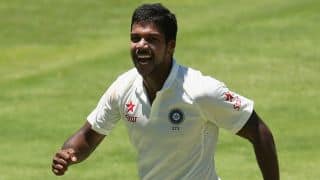