BCCI's AGM is scheduled to be held at its headquarters here on November 9.

Mumbai: As a follow-up to the views expressed by Shashank Manohar soon after being re-elected as BCCI President earlier this month, the Cricket Board is all set to appoint an Ombudsman at its AGM which is scheduled to be held at its headquarters here on November 9. Appointment of the Ethics Officer or Ombudsman is one of the major changes proposed in the BCCI’s Memorandum of Rules and Regulations at its Annual General Meeting. The Ombudsman will be appointed by the BCCI’s general body “to deal with the complaints of Conflict of Interest and any act of indiscipline or misconduct or violation of any of the Rules and Regulations of the Board by an administrator,” as per the wordings of the clause that has been proposed. READ: BCCI expects plenty of bids for two new IPL teams to replace CSK, RR

Another important change in the clauses is the one about the President approving every team picked by the national selection panel. This has resulted in Mahendra Singh Dhoni escaping the axe when the earlier selection panel headed by Krishnamachari Srikkanth had removed him as ODI captain following the 4-0 Test series rout in Australia in 2012 only for then BCCI President N Srinivasan vetoing the move.

The existing clause reads: The President shall approve the composition of the team selected by the Selection Committee. The proposed changed clause reads: The President along with the Office Bearers shall approve the composition of a team selected by the National Selection Committee from time to time.

As per Manohar’s views post being elected as the BCCI Chief on October 4, another proposed change in clause is that the Chairman of a meeting, including AGM, will not have a vote as is the case at present. He will have only a casting vote, to be exercised if needed. READ: Shiv Sena storm BCCI office in Mumbai over cricket relations with Pakistan

To do away with the current practice of a Vice President being elected to represent another zone without having been its member at any time in the past, another proposal to be tabled is that “for being eligible to contest for Vice President from a zone, the candidate should have represented a full member in at least two Annual General Meetings of the Board as the representative of such member.”

Another proposed change as spelt out by Manohar in his media conference after being re-elected is the auditing of the accounts of all its full members, associate and affiliate members by the BCCI’s independent auditor and all payments due to them would be released by the BCCI only after the receipt of the audit report by the independent auditor.

Also a 30-day deadline has been proposed to be set for all its members for submission of the statement of accounts, after the conclusion of their participation in various tournaments, to the BCCI.

Among other changes is limiting the number of members of a sub-committee to eight. Currently the IPL Governing Council headed by Rajeev Shukla, for example, has a dozen members – other than its office bearers as its ex-officio members.

The Marketing Committee, with Chetan Desai at its helm, and its Museum Committee have 29 and 13 members respectively, including convener and secretary Anurag Thakur.

Another proposed change is that the IPL GC shall be appointed by the general body and its term will be till the next AGM. The GC would consist of five members of the Board, of which one will be the Chairman, three individuals of repute with expertise in finance/administration plus the BCCI’s office bearers as ex-officio members.

All decisions of IPL would have to be taken by a majority and in case of equality the Chairman can exercise his casting vote. The GC would maintain a separate bank account for IPL to be maintained by the BCCI’s Treasurer and the GC would also periodically submit a report along with all decisions taken to the next meeting of the Board’s Working Committee for its approval.

Another proposed clause is that the National Cricket Academy Board shall consist of a Chairman, one member of each zone and two retired cricketers with the BCCI secretary as its convener. The Committee would draw up a programme for coaching at NCA and zonal academies, appoint coaches and support staff, approve NCA’s budget and its activities and co-ordinate the activities of zonal academies. 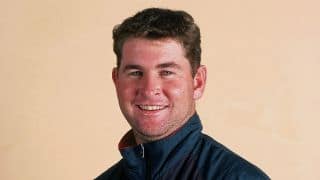 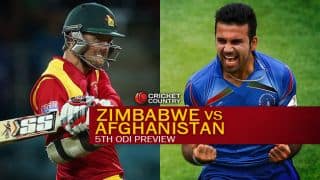