The ICC and MCC feel that wearable technology will help eliminate chucking.

Wearable technology has been a hotly discussed topic in cricket in recent times , with the International Cricket Council (ICC) and the Marylebone Cricket Club (MCC) pondering over the use of it in international matches so as to end the chucking menace once and for all.

Even former South African all-rounder Shaun Pollock, who spoke to lords.org, is a strong advocate of wearable technology and he believes that it can be a worthy solution in cases where a bowler has a suspect action.

Pollock, who was part of the MCC’s World Cricket Committee, is one among many members who are looking to implement wearable technology in cricket matches in the years to come by.

Pollock who received a presentation on the topic by the ICC’s General Manager of Cricket, Geoff Allardice, during a recent meeting in Dubai, said, “I was really impressed with the presentation.  There’s no doubt that throwing or suspect actions in cricket has always been a grey area, so any chance of them coming up with a mechanism which can be worn on the field of play if there is someone with a suspect action to get some data is a move in the right direction.”

The technology is currently being researched at the second stage and it involves placing two inertial sensor units, one each at the back of the bowling arm, near the elbow.

The general aim of the committee is that of these sensors being attached to a bowler during a competitive fixture, which will allow match officials to differentiate between a illegitimate and legitimate bowling action.

Pollock who strongly advocates the use of the technology says, ”To simulate match conditions and environment is basically impossible. So to be able to put something on when they’re out in the field is definitely the way forward – I’ve been really impressed by it.”

The MCC, as the torchbearer of the laws of the game will now co-ordinate with the ICC to further develop the project and will also lay out plans which will probably put the technology in action in future years to come. 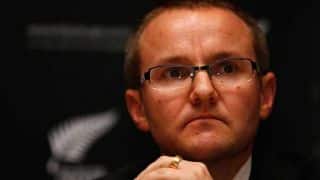