Former Australian Test cricketer Shaun Tait has said that the country’s cricketers needed to behave more like aggressive players and less like robots if they want have a chance of winning in the Ashes. 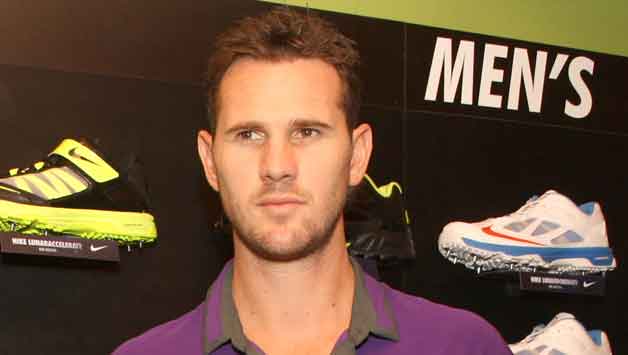 Former Australian Test cricketer Shaun Tait has said that the country’s cricketers needed to behave more like aggressive players and less like robots if they want have a chance of winning in the Ashes.

According to the Mirror, Tait further said that his former captain at South Australia and new Australian coach Darren Lehmann, brought in to replace the sacked Mickey Arthur, will help create an ‘in your face’ style of play.

Stating that he has been waiting for a more aggressive style from Australia, Tait, known as Wild Thing for his hostile, if wayward, approach to fast bowling, said that the current squad has become more robotic while trying to look good, adding that the team needed to get back to the gritty, hard Australian cricket in the opponents’ face without being over-aggressive.

Reckoning that Lehmann has the perfect ‘larrikin’ character to bring out the best from the players, Tait also said that even if they are not favourites, Australia needs to pressurize their opponents, adding that he believes that Lehmann will bring back the aggressive factor to Australian cricket.

According to Tait, although it is important for the players to not go overboard with their aggressiveness, they, however, have to be in each others’ faces given that it would be an Ashes series, adding that England would also be aggressive.

Meanwhile, the report said that captain Michael Clarke and his deputy Brad Haddin have their work cut out in trying to set the right example to an inexperienced squad, who have lacked guidance and leadership on the tour so far.

However, Haddin said that he is confident the new-look management can turn things around in time, after working alongside Lehmann with Australia A in recent weeks, although he added that the team needed to make a fresh start and move forward.

Haddin further said that they needed to make sure that they are in the right frame before the first Test, adding that as a group, they also have to be accountable for where they want to take the team.

Sri Lanka have to raise their game to win tri-series in Caribbean: Angelo Mathews