It is no secret that Kolkata-born Mukherjee stays in Australia and Dhawan often visits the country often. While the Indian cricket team is in New Zealand playing the T20Is, opener Shikhar Dhawan, who is not a part of the touring Kohli-led side was seen in Australia along with his wife Aesha Mukherjee watching Dominic Thiem take on Alexander Zverev in the ongoing Australian Open 2020 semi-finals. The cricketer’s wife took to Instagram and gave their fans a glimpse of it.

She captioned the post as, “Thanks @australianopen for a great day at Tennis! Absolutely loved the experience.”

They posted another picture, which was similar to the first one and captioned it as, “We are blessed!! Enjoying an amazing night at the Australian Open.”

We are blessed!! Enjoying an amazing night at the Australian Open. 🎾 #australianopen2020 #tennis #amazingseats @australianopen @shikhardofficial

It is no secret that Kolkata-born Mukherjee stays in Australia and Dhawan often visits the country often.

Earlier, India opener Shikhar Dhawan was ruled out of the ongoing New Zealand series due to a shoulder injury.

The 34-year-old Dhawan, who picked up the injury while fielding during the final one-dayer against Australia in Bengaluru, did not return to bat for the entire duration of the run-chase. The news came as another blow. This was not the first time he had picked up an injury. He had to pull out of the ICC World Cup 2019 due to a fractured thumb, an injury he suffered against Australia.

Meanwhile, Dominic Thiem entered his maiden Australian Open 2020 men’s singles final after beating Alexander Zverev in four sets in the semi-finals on Friday. The fifth seed Austrian won 3-6, 6-4, 7-6(3), 6-4 to set up a final date with Novak Djokovic on Sunday. 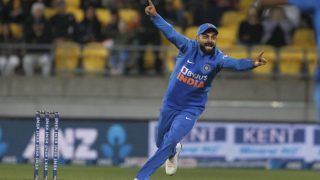 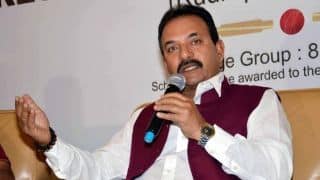