Shikhar Dhawan was caught for 28 off Ryan Harris.

Shikhar Dhawan has been dismissed on Day Two of the third Test between Australia and India in Melbourne. Dhawan scored 28 and India lost their wicket at the score of 55. Dhawan poked at one outside the off-stump and was taken by Steven Smith at second slip. Ryan Harris got the wicket.

It was a good opening stand for India as both batsmen played quite well. Dhawan and Murali Vijay were driving anything full and were looking good to build on their start. However, Dhawan has been dismissed and this is yet another occasion where he got a start but did not carry on. 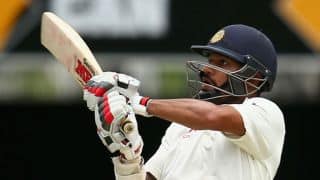 India vs Australia 2014-15, 3rd Test in Melbourne: India off to solid start 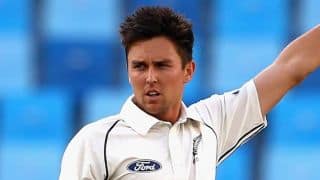