Shikhar Dhawan was one of the top run scorers of IPL 2022, accumulating more than 450 runs

New Delhi: The Board of Control for Cricket in India (BCCI) recently announced the India squad for the five-match T20I series against South Africa, starting June 9. Keeping in mind the workload of players and the upcoming England tour, the board expectedly rested some of their senior players. The likes of Virat Kohli, skipper Rohit Sharma and ace pacer Jasprit Bumrah were given a breather after a hectic season of the Indian Premier League (IPL). With big guns missing, it was expected that the BCCI will give some of their fringe players a second shot to cement their place in the team.

The likes of Dinesh Karthik and Hardik Pandya made their way back into the team while youngsters like Umran Malik and Arshdeep Singh also received their maiden India call-ups in T20Is. However, one of the veterans who remained out of India’s scheme of things was Shikhar Dhawan. Notably, Dhawan was in top form in the IPL and many believed that he will be given a chance to reclaim his slot in the Indian team. The southpaw was one of the most consistent performers for Punjab in the cash-rich league and scored 460 runs in 14 games. Despite being among the top five run-scorers in the IPL 2022, the selectors sidelined him.

Meanwhile, Dhawan’s close friend and former India cricketer Suresh Raina has expressed his disappointment at the non-selection of Dhawan in the India squad. Raina said that Dhawan must be sad after being ignored despite consistent performances over the years. Notably, Dhawan last played a T20I for India in July last year against Sri Lanka. He was also left out of India’s T20 World Cup squad. Raina added that if Dinesh Karthik can be brought back to the team, Dhawan deserved a chance too.

“Obviously, Shikhar would have been disappointed. Every captain wants a player like him in the team. He is a fun-loving person who brightens up the environment. And he has always scored runs – be it domestic, international or T20.

“If you’ve brought Dinesh Karthik back into the team, Shikhar Dhawan deserved a place too. He has performed well the last 3-4 years and has scored runs non-stop. Somewhere deep down, he must be sad,” said Raina on Star Sports.

With selectors sidelining Dhawan, it can be assumed that BCCI is not keen on having him in the India squad for the T20 World Cup in Australia this year. Meanwhile, speaking about the India squad, the team will be led by KL Rahul and will have the likes of Shreyas Iyer, Ruturaj Gaikwad, Ishan Kishan, and Deepak Hooda among others. 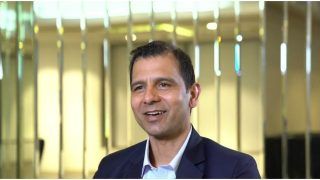 IPL 2022: Vikram Solanki Lavishes Praise On GT Skipper, Says Hardik Pandya's Captaincy Has Been a Big Part Of Our Success 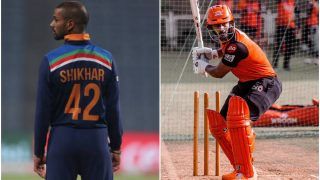