While the MSK Prasad-led Indian selection panel have postponed their meeting to pick two teams for the home series against West Indies after the 2018 Asia Cup final, it appears that India opener Shikhar Dhawan will be left out from the squad.

According to a report in The Indian Express, prolific Karnataka opener Mayank Agarwal is likely to get a maiden call-up. Agarwal was the highest run-scorer in the 2017-18 season of the Vijay Hazare Trophy where he amassed 723 runs in eight matches at a staggering average of 90.37.

Dhawan s place in the longer format came under the scanner after the southpaw returned with paltry scores from the England tour and now, it s almost certain that he will be dropped despite his Asia Cup knocks.

According to the report, the selection meeting was deferred to a later date as the panel were eager to wait for fitness reports of Ishant Sharma and Ravichandran Ashwin, who will undergo tests on Sunday.

In the meanwhile, selectors will also get time to look at some of the players who will feature in the Nair-led Board President s XI for the two-day warm-up match against the visitors in Baroda beginning on Saturday. The BPXI squad includes players such as Agarwal, Hanuma Vihari and Prithvi Shaw, who are likely contenders to be picked.

Dhawan s opening partner in limited-overs, Rohit Sharma, is also is line for a Test call-up. The only certainty right now for the opening slot is KL Rahul, who scored 149 in the last Test against England at the Oval. 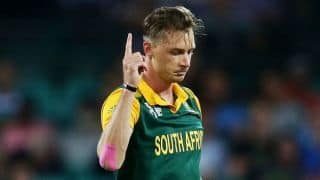 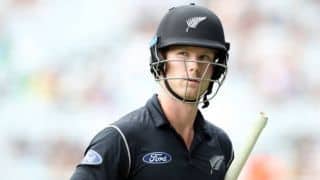