West Indies batsman Shivnarine Chanderpaul has regained the No.1 spot in the International Cricket Council (ICC) Test batsmen rankings after hitting two half-centuries in the Dominica Test which Australia won by 75 runs to claim the series 2-0. 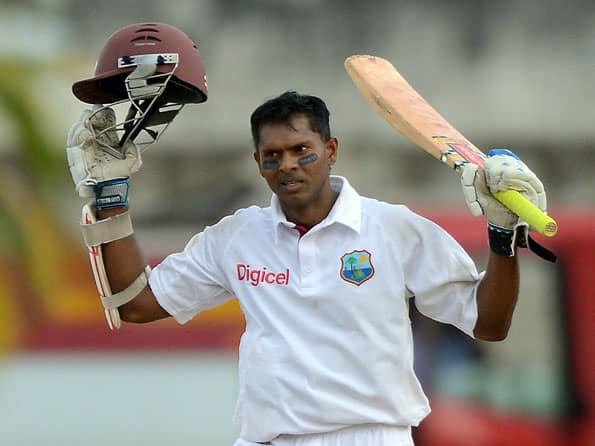 West Indies batsman Shivnarine Chanderpaul has regained the No.1 spot in the International Cricket Council (ICC) Test batsmen rankings after hitting two half-centuries in the Dominica Test which Australia won by 75 runs to claim the series 2-0.

Chanderpaul, who won the Sir Garfield Sobers Trophy for ICC Cricketer of the Year at the LG ICC Awards in Dubai in 2008, scored 68 and 69 which earned him 19 ratings points and helped him to leapfrog South Africa’s duo of AB de Villiers and Jacques Kallis into the number-one position.

The 37-year-old Guyanese player had first topped the batting chart in July 2008. After staying on top of the table for the following seven months, Chanderpaul briefly dropped to second position in February 2009 when he scored one and 55 against England in the second Test in Antigua.

Chanderpaul, however, returned to the top spot three Tests later following scores of 147 not out and six in the fifth and last Test against England at Queen’s Park in Trinidad.

Chanderpaul, three months later in May 2009, lost his No.1 position to Pakistan’s Younus Khan. He later slipped to as low as 15th in June 2010 before making a charge up the order to finally surge to the top of the table.

Chanderpaul will again arrive in England as the No.1 ranked batsman, as he did in May 2009, and while England will be out to defend its number-one Test team tag against the West Indies, the diminutive left-hander will be aiming to protect his top spot as he leads de Villiers by just six ratings points.

In the Test bowlers rankings, West Indies’ Kemar Roach has gained two more places and is now on a career-best 16th position after figures of one for 72 and three for 40. The 23-year-old Barbadian had entered the series in 37th position and has gained 21 places after finishing as the most successful bowler of the series with 19 wickets at just under 20 runs per wicket.

West Indies off-spinner Shane Shillingford, who had match figures of 10 for 219, has rocketed 21 places to 46th place while Australia captain Michael Clarke’s second innings figures of 23-1-86-5 has given him a jump of 11 places and puts him in 75th spot, and Nathan Lyon’s four for 69 and three for 87 has given him a career-best ranking of 36th.

The bowlers’ table is headed by South Africa’s Dale Steyn with Saeed Ajmal of Pakistan and England’s James Anderson in second and third positions, respectively. (IANS)