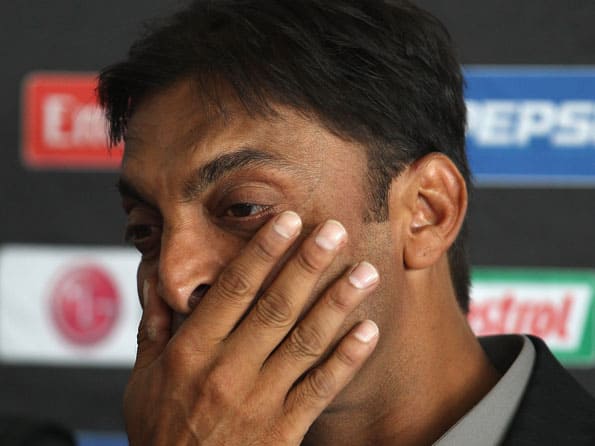 Over-speeding seems to be the cause, Geo News reported.

Shoaib Akhtar touted as one of the fastest bowlers in international cricket, made his Test debut in November 1997 and played his first One-day International four months later. The Pakistani is most famous for crossing the 100 mph barrier.

Akhtar rose to prominence in 1999 during the Asian Test Championships. He took eight wickets against India, including those of Sachin Tendulkar and Rahul Dravid off successive deliveries.

Akhtar’s career has been embroiled in controversies as he was constantly dropped from the national squad with claims of poor attitude.

The Pakistani fast-bowler played 46 Tests, taking 178 wickets, while he played 163 ODI matches taking 247 wickets. He announced his retirement during the 2011 World Cup. (IANS)

We failed to perform to our potential: MS Dhoni