Pakistan had a torrid past few months, failing to qualify from group stages in both Asia Cup 2016 and T20 World Cup 2016

Former Pakistan pacer Shoaib Akhtar believes newly appointed coach Mickey Arthur has 8 months to change things. Arthur, who previously managed South Africa and Australia, was appointed as the head coach of Pakistan national team, in one of the moves aiming to reshape the national side’s fortunes. Pakistan had a torrid past few months, failing to qualify from group stages in both Asia Cup 2016 and T20 World Cup 2016. Such a debacle led to resignation from then coach Waqar Younis and skipper Shahid Afridi. Also, former skipper Inzamam ul Haq was appointed as the chief selector of the side. ALSO READ: Pakistan head coach Mickey Arthur: Won’t compromise on discipline; will be tough on fielding, fitness

And Akhtar, veteran of 46 Test’s and 163 ODI’s, has given a timeline to the new coach. “But I think in eight months time we will know whether he will make a difference or go like others before him. Because in this period we play some important series and either he will reshape the way we play our cricket or decide to bid goodbye,” he said.

He also said it will be challenging task for Arthur, but was hopeful for his success. “Arthur has a reputation of being a disciplinarian and innovative coach and Pakistan cricket needs both but he has to decide when and where to draw the line. Arthur has all the credentials to change the attitude and mindset of our players the way they play cricket. So I am hopeful.”

He also said discipline is key for any player, recalling his playing days. “Only a professional player can decide what is best for him. When I played there were some undisciplined characters in the team but on match days they only focused on cricket and when they went out to play their tried to give their best that is why our team in those days was so good.” 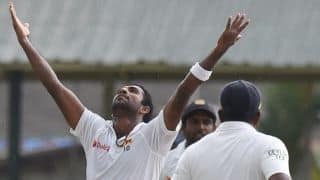