Former Pakistan speedster Shoaib Akhtar defended his remarks against Sachin Tendulkar made in his book 'Controversially Yours and refused to apologise to the master blaster. 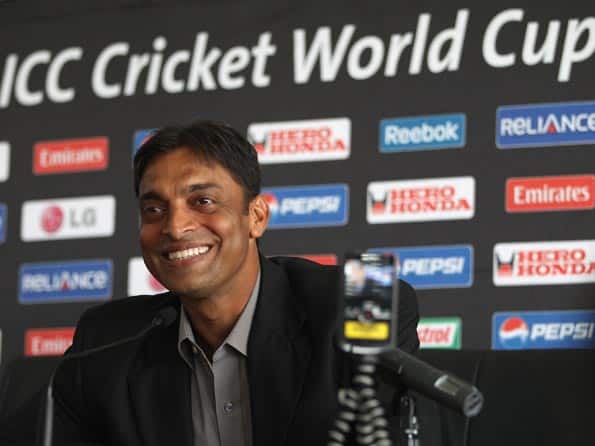 Former Pakistan speedster Shoaib Akhtar defended his remarks against Sachin Tendulkar made in his book ‘Controversially Yours and refused to apologise to the master blaster.

“Why should I apologies? For speaking the truth? The fans understand what I m saying,” he said in an interview to Cricketnext.

Akhtar said that the Board of Control for Cricket in India (BCCI) was no one to ask for an apology.

“If you don t like what I ve written, don t buy the book,” said the former pacer.

Akhtar admitted that Tendulkar was not the kind of batsman who would throw away his wicket, but on the day he walked away it made him think that the batsman was scared of him.

“I am sick of clarifying my statements about Tendulkar. I never said he was a coward or scared of me. If these people had put in the effort of reading my book, they would realize I was talking about a specific day and a specific test played in Pakistan. He was struggling with a tennis elbow and our strategy was to target him with short balls. He got struck a couple of times and on the head in Karachi and walked away from me.

“I felt he was uncomfortable and scared at that moment. That is what I felt and I ll stick to it. Tendulkar and Rahul Dravid when they played against me did not win, so to me they were not match-winners. Don t buy my book, borrow it from someone and read what I have said, they are facts and incidents,” he said.

“They are your bhagwan, not mine. If bhagwan is hit on the head, there is nothing to be offended about,” said Akhtar.