Pakistan bowling legend Shoaib Akhtar has slammed the cricket team, saying that most of the current players are 'mentally disturbed’ and that the country’s sport is currently enduring its 'darkest era’. 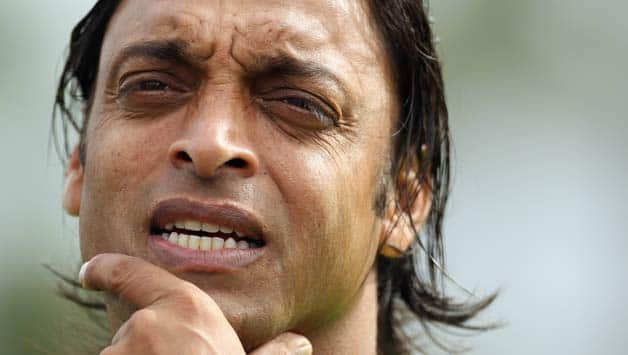 Pakistan bowling legend Shoaib Akhtar has slammed the cricket team, saying that most of the current players are ‘mentally disturbed’ and that the country’s sport is currently enduring its ‘darkest era’.

Following the team’s deplorable performance at the ICC Champions Trophy 2013, Akhtar blamed poor junior coaching for the side’s batting woes, saying that the Pakistan team needs a new coach, who can ‘unite the players in the dressing room’, the Express Tribune reports.

According to Akhtar, most of the players cannot perform in the field as they are ‘mentally disturbed’, adding that it is the coach’s job to take those fears away, instead of teaching them the game.

Akhtar said that to get the positives out of this era, it is necessary to get the team to enter everything in the right manner, like the South African team, who survived in isolation during the Apartheid era (1970-1991), adding that Pakistan is in a much better position than South Africa were.

However, Akhtar defended captain Misbah-ul-Haq, who has been criticised for slow play, saying that he believed that the captain has no choice but to adopt a conservative and safety-first approach due to the poor performance of his colleagues.

The former speedster further said that Pakistan has always been able to produce some of the world’s greatest players, adding that the greatest, however, have not coached the under-19 and the under-16 teams where they can be improved as a batsman as by those ages, a player gains maturity as a batsman.

Suggesting former Australian player Tom Moody’s name as a possible solution to Pakistan’s ongoing problems, Akhtar said that Moody is the only man who can bring the match-winning attitude into the team, adding that he is a brilliant manager, motivator and accommodator and he knows how to handle the players.

Pakistan, which has struggled recently with the team’s batting failing consistently at the top-level, has been bowled out within their 50 overs in seven of their last 12 ODIs and have already been eliminated from the ongoing Champions Trophy, the report added.