Shoaib Akhtar claimed that Motera kind of pitch is not good for Test cricket. Former Pakistan pacer Shoaib Akhtar is the latest entrant in the list of cricketers who slammed the Motera pitch of the third Test between India and England. The pitch offered some unexpected turn and was dusty in nature as India beat England in under two days to take a 2-1 lead in the series. In the second innings from both teams, none of the fast bowlers was introduced in the attack.

Akhtar joined the bandwagon of former cricketers like Michael Vaughan and Andrew Strauss, who lashed out at the Motera pitch. The former Pakistan pacer claimed that Motera kind of pitch is not good for Test cricket.

“Should Test matches be played on such wickets? Not at all. A pitch where there is so much unreasonable turn, that a match gets finished in two days, is not good for Test cricket,” Akhtar said on his YouTube channel.

“I understand the concept of home advantage but this sort of advantage I believe is a little too much. If India had scored 400 runs and England got out for 200, then one could say that England played poorly. But here, even India was shot out for 145.”

Akhtar further said that India don’t need to be scared as they can beat England on fair pitches.

“I thought India is a bigger, better team than this. There should be fair play and fair pitches where I think India can still beat England. They don’t need to be scared. There is no need for India to prepare such wickets. Did we make the wicket in favour of India in Adelaide? Was the wicket in Melbourne made in favour of India? How did they win the series there? You play on fair ground, fair conditions and say ‘Look, we can play well at home and abroad,” Akhtar added.

He said taking home advantage on Day 3 and 4 is understandable but India are much better side than playing on pitches like Motera one from the third Test.

“So I think India must look at this thing. They are a much better team than this. You are a much better, far better side than this playing on these kinds of pitches. I guarantee it. Take home advantage, on Day 3, 4, it’s understandable. But unfortunately, over here, if Joe Root is getting wickets.”

Akhtar further talked highly of the Indian team and said if they can beat Australia on their soil then beating England in home conditions will be easy for them.

“I am expecting a fair pitch for the fourth Test. India should go out there and make sure they prepare one of the best pitches for the next Test match and I am sure that you have the capacity on any pitch. You don’t need to take home advantage. Just go out there and play and I’m sure they will win the series. If India can beat Australia on their soil, they can easily win at home,” Akhtar said. 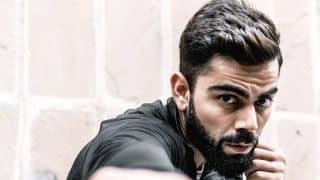