Former Pakistani speedster Shoaib Akthar has accused his former captain Wasim Akram of attempting to spoil his career by not picking him in the team. 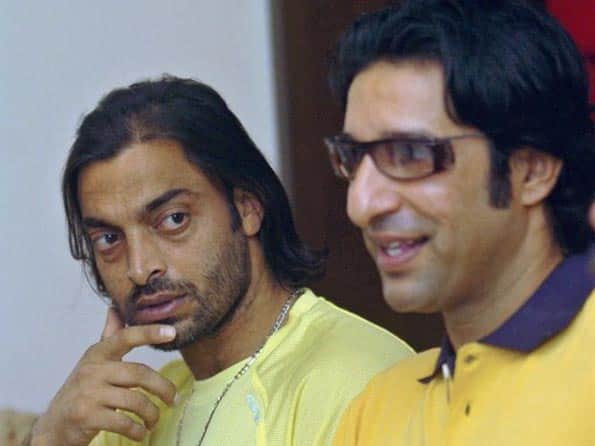 Former Pakistani speedster Shoaib Akthar has accused his former captain Wasim Akram of attempting to spoil his career by not picking him in the team.

Akthar in his book, Controversially Yours has said being dropped from the team often made affected his confidence. Akthar said that he gained success in international cricket due to confidence given to him by former Pakistan Cricket Board (PCB) chairman Tauqir Zia.

He states, “Wasim Akram threatened to walk out with half the team if I was included in the team. General Tauqir Zia backed me against Wasim.”

Wasim Akram has not reacted to this accusation as yet. Akthar also took a dig at his former team mate Shoaib Malik and called him a PCB stooge. Also it was earlier revealed that Akthar in his new book said he felt Sachin Tendulakr and Rahul Dravid are not match winners.

In his book Akthar had also claimed that at times he found Tendulakr to be afraid of his pace. In his book, he cites one example,”I bowled (Sachin) a particularly fast ball which he, to my amazement did not even touch. He walked away! That was the first time I saw him walk away from me-that, too, on the slow track at Faisalabad.”

He also expressed disappointment at former Indian premier League (IPL) chairman Lalit Modi and owner of Kolkata Knight Riders (KKR) Shah Rukh Khan for deceiving him during the IPL and not picking him in the team as promised.

Shoaib Akhtar had retired from international cricket after the 2011 World Cup.