Malik outlined his ambitions of improving his credentials and performances as an all-rounder.

Karachi: Senior Pakistan all-rounder Shoaib Malik has credited his Indian tennis player and his wife Sania Mirza for reviving his career in the national team, saying her hardwork, dedication and success as a professional athlete has driven him to lift his game and make a successful comeback. Malik said Sania acts as a comfort zone for him on tours and even when he wanted to discuss cricket issues with someone. “At times you are not able to talk and share your thoughts or feelings with someone in the team and I am lucky to have Sania. She gives me that required cushion where I can discuss things with her at a sportsman’s level and get good advice,” Malik said.

“I know how hard she has worked for her success and it has also driven me to do the same in cricket. That is why I was able to make a successful comeback to the Pakistan team which makes me very happy now,” he said. The season all-rounder said he admired his wife’s success in tennis as it was an individual sport. Malik admitted that there was pressure on him to succeed when his wife was present in the stadium.

Malik also outlined his ambitions of improving his credentials and performances as an all-rounder. “I want to be a top all-rounder and that is my goal. I know I have made mistakes in the past and I regret that now. But it has also made me a more mature and calm person and athlete,” the former captain told a television channel.

Malik said his aim now is to retain his place in the Pakistan ODI and T20 squads and they have a very strong outfit in the shorter format of the game and could even win next year’s World T20 in India. 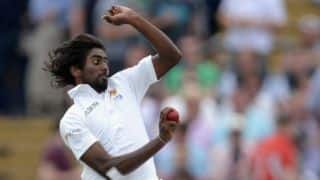 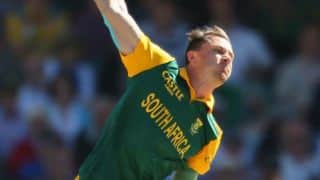