Malik was fined 50 percent, while Best lost a total of 60 percent of match-fee.

Shoaib Malik and Tino Best have been reprimanded for their heated altercation during the Caribbean Premier League (CPL) 2014 match between Barbados Tridents and St Lucia Zouks. Best had dismissed Malik in that game and during his celebratory run, said something that irked Malik. The Pakistan all-rounder stopped Best and was seen telling him something and pointing his finger.

The CPL stated in a press release that the umpires Joel Wilson and Gregory Brathwaite had laid the charges following the incident. Best was charged under two counts under the West Indies Cricket Board (WICB) Code of Conduct. He was charged 10 percent of his match-fee for a Level One offence for “conduct against the spirit of the game and bringing the game into disrepute.” But, Best also lost a further 50 percent of his match-fee for a Level Two offence which entailed “using language or a gesture(s) that is seriously obscene, seriously offensive or of a seriously insulting nature to another player.”

Malik was charged with only a Level Two offence and lost 50 percent of his match-fee as a result. He was found guilty of “inappropriate and deliberate physical contact between players in the course of play during an International match,” stated the press release.

There was no hearing conducted by the match referee Denovan Haynes as the players pleaded guilty to the offences. It is also stated that there was an “incident” after that game at the team hotel. The CPL is investigating it, but has termed it as “minor.” 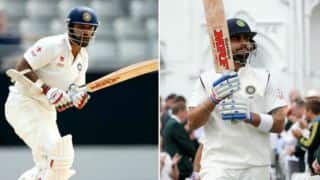 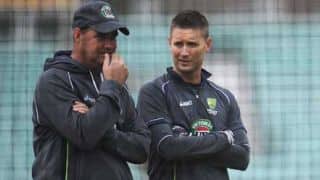