Both England and Pakistan had a mixed day on the field during Day 1 of the first Test at Abu Dhabi.

Pakistan batsman, Shoaib Malik slammed his only third century in Test cricket as Pakistan finished the day on a high with the score reading 286 for the loss of four wickets on Day 1 of the first of the three-match Test series against England at the Sheikh Zayed Stadium in Abu Dhabi on Tuesday. Earlier, Pakistan skipper, Misbah ul Haq won the toss and elected to bat first as Pakistan went in with four specialist bowlers, with Yasir Shah missing out due to injury and Imran Khan Jr. replacing him as a seam bowler. England on the other hand, too fielded almost a same composition of the squad. LIVE CRICKET SCORECARD: Pakistan vs England 2015, 1st Test at Abu Dhabi, Day 1

Pakistan started their first innings batting on a shaky note as they lost opener Shan Masood for a mere couple after being bowled by James Anderson. Out came Shoaib Malik, who is playing his first Test in five years, palyed beautifully and contributed good to his fellow opener Mohammad Hafeez as they brought up the 50-run stand for the second wicket before moving on to the lunch break at the score of 82 for the loss of a wicket. In the process, Hafeez also became the 17th Paksitan batsman to score 3,000 runs in Test cricket. LIVE CRICKET UPDATES: Pakistan vs England 2015, 1st Test at Abu Dhabi, Day 1

The post-lunch session too began on a positive note as both the batsmen continued batting in the same manner and in the process, Hafeez scored his 11th Test half-century. They also brought up the 100-run stand for the second wicket in 202 balls, which was followed by a half-century for Malik, who scored his ninth half-century. In the process, the 150-run stand was also up and the England bowlers eemed to be struggling to get the pair done with. However, it was just at the stroke of the tea break, when Hafeez fell for an unfortunate 98 off Ben Stokes, who trapeed him leg-before, missing out on his century by just a couple of runs and ending the 168-run stand, as the score read 173 for the loss of two wickets.

The post-tea session saw some activity as Pakistan brought up their 200 runs and Malik along with the new batsman in the form of Younis Khan, put up the 50-run stand for the third wicket. At the score of 18, Younis Khan also became the highest run-scorer for Pakistan in Test cricket, surpassing Javed Miandad’s 8,832 runs. Eventually, Malik too scored his 3rd Test century off 182 balls. However, Younis fell for 38 after Stuart Broad made him caught by Alastair Cook. With just four runs added to the total, it was the skipper, Misbah, who fell for mere three to Anderson after ebing caught behind by Buttler. It was the pair of Malik and Asad Shafiq, who batted out for the rest of the day as Pakistan finished the day on 286 for the loss of four wickets, with both the teams having a mixed day on the field. 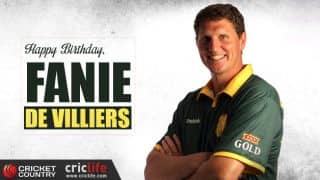