The former umpire revealed how his life came to this shocking point and what kind of role the Board of Control for Cricket in India played in it.

Lahore: Pakistan’s Asad Rauf was a member of the ICC elite umpires panel but now he runs a shop in Lahore for a living. He revealed how his life came to this shocking point and what kind of role the Board of Control for Cricket in India (BCCI) played in it.

He reportedly accepted a lot of gifts from bookies and was involved in a match-fixing scandal during the 2013 IPL. The former umpire hasn’t been connected to cricket since then and said that he left the game completely for a good many years ago.

In a recent interview with Paktv.tv, Asad Rauf said, “I’ve umpired in so many games all my life, there’s no one left to see now. I haven’t been in touch with the game since 2013, because once I leave something I leave it completely.”

“I have spent my best time in IPL, apart from these issues that came later on. I had nothing to do with these issues, the allegations came from the BCCI’s side and they took the decision on me themselves,” added Asad Rauf.

He also came into the limelight in 2012 when a Mumbai-based model put the allegations of sexual harassment against him. The model said that she was in a relationship with Asad Rauf and the former umpire promised her to marry but then didn’t fulfil his commitment. However, Asad Rauf denied all these claims and stood firm on his version of the story on the matter.

“Even after the allegations from the girl, I had umpired in the IPL next season,” Asad Rauf concluded. 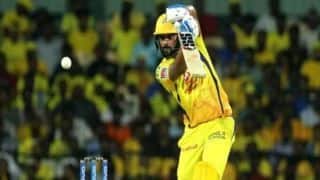 Centurion At Nottingham vs England, Former India Opener Plans To Return To Cricket After Two-Year Hiatus In TNPL Have Spent My Best Time In IPL...Players, Even Their Wives Enjoyed My Company: Asad Rauf