Iyer however said he's flexible to bat at any position as per the team's requirement. 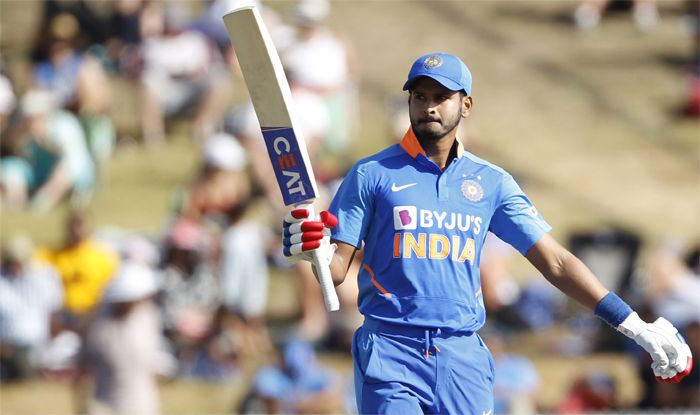 Talented middle-order batsman Shreyas Iyer is pretty confident that his consistent performances in past one year has sealed the lingering debate about India’s number four slot in white-ball cricket. Having tried the likes of Ambati Rayudu Vijay Shankar, Rishabh Pant and MS Dhoni, India recalled the Mumbai youngster in the tour against West Indies, in the aftermath of their semifinal loss to New Zealand in the ICC Cricket World Cup 2019.

He impressed against the West Indies but the 25-year-old was a revelation in New Zealand tour earlier this year when he ended up being the top run-getter with one century and two half-centuries in India’s 0-3 series whitewash.

“If you have been playing for India at that position for a year now that means you have sealed it. There should be no more questions asked about it,” Iyer said in an Instagram chat hosted by his IPL franchise Delhi Capitals.

Iyer scored 217 runs in the series — the most by an Indian No 4 in a three-match bilateral series.

“When the debate was going on about No 4, performing at No 4 and completely sealing the position was really satisfying.”

Having missed out of the World Cup, Iyer was recalled for the Caribbean tour as he struck back-to-back half-centuries at No 5 in Port of Spain in their 2-0 win. Indian captain Virat Kohli was reminded of his younger days and complimented Iyer saying he was ‘exactly the same’.

“It’s really a phenomenal feeling when he talks or compliments his teammates… He’s a role model for all the youngsters out there,” Iyer said.

Describing Kohli like a lion in the team, he said: “Whenever he goes out on the field it feels as if he’s playing his first game. He’s never tired, always energetic like a lion. You see a different body language when he enters the ground, something great to learn from him.”

The Delhi Capitals captain further recalled his debut season in 2015 where he ended up getting 439 runs, playing with a fractured index finger.

“It was a dramatic season. During the season after the third game, I fractured my index finger and thought I won’t be able to play anymore,” he recalled adding how head coach Gary Kirsten egged him on as he went on to clinch the Emerging Player Award.

“But Gary said ‘we really need you’. He wanted me to play and told me ‘hide somewhere while fielding and just bat for us’.

“I could have done anything for the team. To score those many runs with a fractured finger was like a dream come true. Not many know about this story.”

The self-belief was key to DC’s success in 2019 after a gap of seven years, said Iyer. “We had a sense of belief in ourselves and team. Our aim was to make the playoffs.”

“We had this one goal in our mind — to give our 100 per cent. Results didn’t really matter.

“Once we knew we did our preparation, we should not get bogged down and regret. We trained really hard and that stood out pretty well.”

DC was out in play-offs but for the first time in many years, looked like a team that could go the distance.

“We did and proved that we’re capable of winning the IPL. We hope the fans give the same energy this year. We don’t know what will happen or will it be held closed-door… Hopefully, we will win the trophy this year,” he concluded. 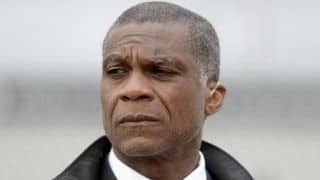