Shreyas Iyer Credits Time Spent At India A For Helping Him Settle As Permanent No. 4

Shreyas Iyer Credits Time Spent At India A For Helping Him Settle As Permanent No. 4

With six half-centuries and a hundred with an average of 48 plus in 16 ODIs, Iyer has had a good time in the Indian middle-order. India batsman Shreyas Iyer, who scored a maiden ODI century which ended up for a losing cause in the first one-day international against New Zealand at Hamilton on Wednesday, said he owes his success to his flexible batting positions between Nos 3 to 5 for the India A team, where he learnt the art of tackling various match situations.

Iyer scored his maiden ODI hundred but India failed to defend a target of 348 against New Zealand in the series opener on Wednesday.

With six half-centuries and a hundred with an average of 48 plus in 16 ODIs, Iyer has had a good time in the Indian middle-order.

“In India A, it’s not that I have to bat number four all the time. You keep changing your position depending on what is the situation. I got to manoeuvre my place from 3 to 5, I kept changing (batting order). It’s just that we get good practice there and you face different opposition as well so you get used to the atmosphere,” Iyer attributed his new-found success to his stint with A team.

“India A games are always been helpful for me personally because whenever I used to go there, I used to make sure that as many matches I got, I have to make the best use of it and the players and the atmosphere is also amazing. You literally have no pressure,” Iyer said about the team which is mentored by NCA director Rahul Dravid.

“And coming from the top arena (senior) to one level below (A team) doesn’t make you feel that you are completely away from the team but you always see similar faces around you. I really enjoy that atmosphere like I said,” he said.

Iyer scored an eye-catching 103 off 107 balls but Indian bowlers failed to defend a target of 348 with Ross Taylor scoring a match-winning hundred.

“I am very happy but would have been happier if we could have finished the game on a winning note. First of many (centuries) I hope, so I would take this in my stride and try to make sure that next time, I finish on the winning side,” Iyer said at the post-match press conference.

India’s fielding let them down once again as there were dropped catches as well as missed chances in the field. Taylor was dropped on 10 not out and the Indian bowling was wasteful in conceding 26 extras.

“Everybody goes through a bad day. I personally feel that we are a very good fielding side and we have to try and hit the target so that we create that momentum on the field. We need to cheer up the bowlers as well as all the fielders have to be there in the game,” he said. 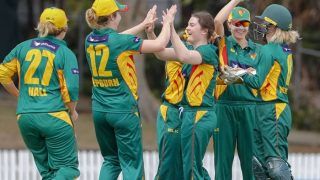 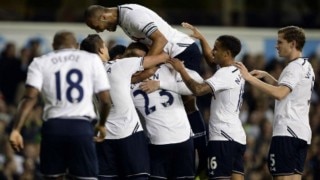