Iyer and Duminy put up a good stand of 154 runs.

Shreyas Iyer and JP Duminy smashed aggressive fifties as Delhi Daredevils (DD) put up 190 for four against the Mumbai Indians (MI) in the Indian Premier League (IPL) 2015 at the Feroz Shah Kotla. Iyer and Duminy added 154 runs for the second wicket and put DD in command of the game against MI. The MI bowlers had a tough day in the office as DD banked on the good-work done by the two batsmen.

The Iyer-Duminy partnership dominated MI. DD had lost Mayank Agarwal early when he chipped one straight to mid-wicket in the very first over off the bowling of Mitchell McClenaghan. Thereafter, it was the Iyer-Duminy show, for they started off aggressively, using the field restrictions, before they slowed down and consolidated. In the first four overs, they had scored 35 for one. In ten overs, they had 65. They had clearly slowed down, but as it turned out, it was only to build a base. Live Blog: Delhi Daredevils vs Mumbai Indians, IPL 2015

Such was the assault that in the next seven overs, DD went on to score 91 more before Iyer was dismissed for 83. It was an amazing exhibition of batting as he fearlessly carted the bowling and showed the true exuberance of youth. The MI bowlers had no answers to this assault. Kieron Pollard and Jasprit Bumrah in particular bore the brunt of this partnership as both batsmen made their way to fifties. Live Scorecard: Delhi Daredevils vs Mumbai Indians, IPL 2015

Iyer was looking good for a ton and could have become one of the youngest centurions in the league. At the other end, Duminy was eclipsed, although he picked up pace as he moved to his fifty, For a major part, it was Iyer who outshone him with his dazzling array of strokeplay. Iyer’s innings came to an end when he walked across his stumps and was bowled by Lasith Malinga, who was one of the better bowlers on the day. That brought an end to a dazzling 154-run knock, which is the highest partnership for any wicket in the IPL 2015 season.

Angelo Mathews walked out and smashed a quick nine-ball 17. He played deft strokes and was then dismissed by McClenaghan off the last ball of his spell. At the death, MI managed to bowl decently well to limit the damage, but DD still managed to put up a good score. Duminy remained not out at 77.

MI face a tough task ahead of them, but they have the batting firepower to come good. The boundaries at the Feroz Shah Kotla are short and six-hitting is not such a big task on the day. With some big hitters in their ranks, MI may still be confident of pulling it off. 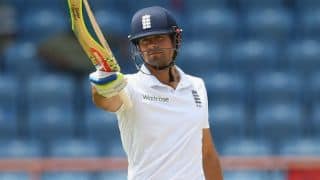 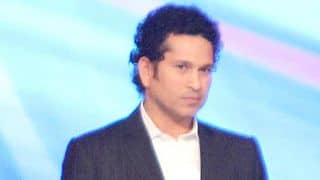