A six-year-old British boy, not much bigger than a cricket pad, has become the star of his village cricket team — even outscoring his own father. 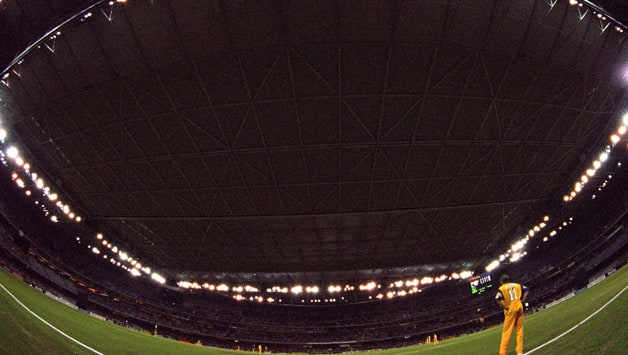 The six-year boy scored 24 runs, while his father got out for 15 © Getty Images (representational picture)

A six-year-old British boy, not much bigger than a cricket pad, has become the star of his village cricket team — even outscoring his own father.

Harrison Parsons, from Abercarn near Newport, plays in the men’s league.

The cricket-mad schoolboy was initially drafted in for fun by his father Jeremy but he soon began to shine.

In a recent match, Harrison scored 24 runs but his 27- year-old father only muster 15 runs.

Parsons, a father of three, said, “They thought it was a just a bit of fun when I went out to bat with Harrison.

“But he soon proved them wrong, he chalked up more runs than I did. I’ve not been able to live it down since. I’ve been getting a lot of stick but I’m really proud of him,” the BBC quoted Parsons as saying.

“He’s a remarkable talent, I’d like to say he takes after his dad but he’s a lot better than I was at his age,” he said.

Until recently Harrison has been practising his talents in the back garden of the family home.

But after making his debut for the village team he has become a permanent fixture.

His father said: “He’s already easily good enough to play with adults, he can hold his own against whoever he comes up against.

“People tend to underestimate him when he walks up to the wicket in a set of pads which are too big for him.

“But hopefully he will just get better and better and one day play for England like his hero Joe Root.”

Harrison’s mother, Beki Parsons, 26, said, “Harrison loved the sport even before he could walk, since he was two, all he has done is play cricket.

“When I had cartoons on for him on the telly, he would get the remote and change it to the sports channels to see the cricket.

“Even in rugby lessons in school, he throws the ball as if to bowl it.

India A confident ahead of series against New Zealand A: Abhishek Nayar