Despite going winless in their last 10 ODIs, Bangladesh skipper Mashrafe Mortaza is cautious of not taking Zimbabwe lightly.

Despite going winless in their last 10 ODIs, Bangladesh skipper Mashrafe Mortaza is cautious of not taking Zimbabwe lightly. Having failed to qualify for the World Cup during the qualifiers, Zimbabwe have been whitewashed in their series against Pakistan and most recently against South Africa. They now gear up to face Bangladesh in three more one-day internationals, the first of which takes place on Sunday.

“It is not like that they [Zimbabwe] have not beaten us in the past,” Mashrafe told reporters at the pre-series press conference on Saturday. “We have the challenge to play like the way we played in the Asia Cup because if we are unable to perform in the following series, it will naturally lead to some hue and cry. And it surely remains at the back of the mind.”

Bangladesh on the other hand finished runners-up in the Asia Cup, without the likes of Tamim Iqbal and allrounder Shakib Al Hasan, both of whom were injured midway during the tournament. But despite reaching the finals, Bangladesh had suffered a few bumps along the way, losing to Afghanistan in the group stage. Besides, their brittle middle order has failed to capitalise on a good start by the openers, an aspect that was evident during the final. Mortaza understands the need for Bangladesh to work on those areas adding that Zimbabwe will not be easy to beat.

“I think we need to work on those [psychological] aspects because it is not a fact that we did not lose against them or they cannot beat us,” he said. “They have got back some senior cricketers into the squad and naturally, we will have to play our hundred percent to beat them.”

Mortaza denied the scope for much experimentation, despite the absence of Tamim and Shakib.

“Firstly we have to see how you take [experimentation] it. For example, we opt to try four new cricketers irrespective of whether we lose or win,” the captain said. “But in our culture, it matters how everyone will take it because we cannot take losses easily and it always remains at the back of the mind.

“In some other places, we see they back the cricketers for a long time but in our case, if we lose we somehow get puzzled and we cannot deny it.

“For example, Fazle Mahmud scored a lot of runs in domestic cricket but he was somehow nervous yesterday so if we want to ‘set’ him, we need to back him and we want cooperation from everyone in this regard.” 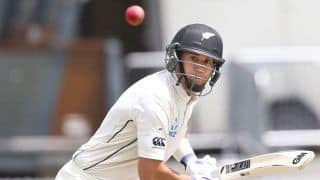 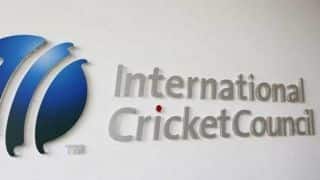 ICC takes a stand on sexual harassment: Cricketers to be educated on off-field behaviour