Centuries from Avishka Fernando and Kusal Mendis and masterful spells by Wanindu Hasaranda and Lakshan Sandakan helped Sri Lanka stroll to a 161-run win over the West Indies in the second ODI on Wednesday. In the process, the hosts Sri Lanka have also taken an unassailable 2-0 lead in the three-match series. This is also Sri Lanka’s largest win over West Indies in the format.

Chasing a mammoth target of 346 to keep the series alive, West Indies were bowled out for 184 in 39.1 overs with wrist spinners Hasaranga and Sandakan picking up three wickets each. Pacer Nuwan Pradeep also snared a couple of wickets to add to his tally.

Earlier, West Indies started brilliantly, having won the toss and choosing to bowl first. Sheldon Cottrell struck early with wickets of SL captain Dimuth Karunaratne and Kusal Perera off consecutive balls in the third over. However, Mendis and Fernando not only reconstructed the hosts’ innings but also put them in the driver’s seat with a mammoth 239-run stand for the third wicket.

The duo broke the earlier 226-run record of Marvan Atapattu and Mahela Jayawardene that was made against India in Sharjah in 2000. Fernando and Mendis also registered the fourth-highest stand for the third wicket in the history of ODIs.

They go 2-0 up in the series with just one left to play ? #SLvWI pic.twitter.com/RhMCn6z1N1

The West Indies had to wait till the 41st over for the next breakthrough, by which time both the batsmen had reached their centuries. The pair were looking to hit a boundary off every ball and Mendis fell in the process, edging Alzarri Joseph to wicketkeeper Shai Hope 119 (119 balls, 4×12).

The West Indies hardly ever looked capable of giving Sri Lanka a fight. Hasaranga and Sandakan took three wickets each as the visitors folded for 184 in 39.1 overs.

The final match of the series will be played at Pallekele International Cricket Stadium on March 1. 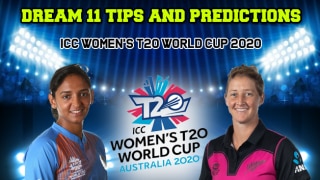