Sri Lanka Cricket is seeking government grants and a soft loan to meet part of the $69 million it spent on co-hosting the 2011 World Cup, the island's sports minister said on Tuesday. 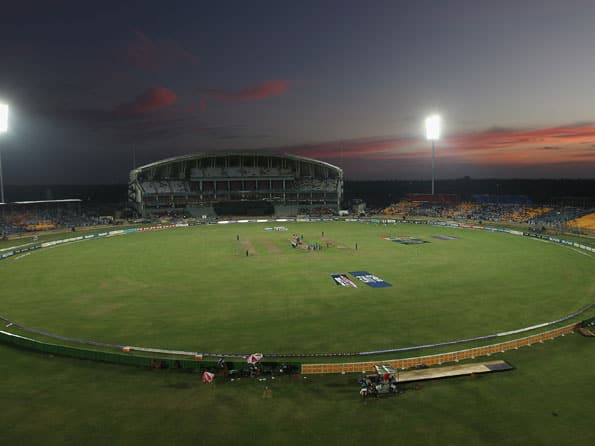 Sri Lanka Cricket is seeking government grants and a soft loan to meet part of the $69 million it spent on co-hosting the 2011 World Cup, the island’s sports minister said on Tuesday.

The governing body has asked for a grant of two billion rupees ($18.35 million) and a 1.5-billion-rupee loan from the state-run Bank of Ceylon, minister Mahindananda Aluthgamage said.

“Sri Lanka Cricket ran out of funds after hosting the World Cup and sought government help to settle some payments,” the minister told reporters in Colombo.

Sri Lanka, which lost the final to India by six wickets, hosted 12 matches during the World Cup, with others held in India and Bangladesh.

The island built brand new grounds in the southern town of Hambantota and the central town of Pallekele while nearly eight million dollars was spent to renovate the R. Premadasa stadium in Colombo.

The minister said the governing body was forced to pledge the newly-built stadiums, along with income from upcoming tours, as collateral to raise funds to pay for the lavish tournament that ended on April 2.

The International Cricket Council (ICC), the sport’s world governing body, has promised to pay about $25 million by way of hosting rights, the minister said.

Local media have been reporting that cash-strapped Cricket Sri Lanka has been unable to meet staff salaries, while suppliers, including hotels, were reluctant to host future teams due to a backlog in payments.

Sri Lanka are currently touring England and are lined up to face Australia, Pakistan and South Africa this year. The country is also due to host the World Twenty20 championships in 2012.

“It’s not a crisis situation yet. We are confident the government will help us out,” the minister said.

Since their World Cup final defeat, Sri Lanka’s captain, vice-captain and selectors have quit while the head coach, Australian-born Trevor Bayliss, also ended his contract to take up his old job at New South Wales.

Tour of England will be the litmus test for Rohit Sharma